Selena Gomez‘s new ballad “Lose You to Love Me” is a heart-tugging peek into some of her most difficult times, but the singer says she’s now feeling stronger than ever.

“I feel a sense of relief. I wrote this song over a year ago … and I feel completely different from when I wrote it,” she said Thursday morning while promoting her new music (including the up-tempo self-love anthem “Look at Her Now”) on On Air with Ryan Seacrest. “It’s more beautiful for me because I know exactly where I was when I wrote it and how I felt.”

Saying she would “absolutely not” have released it at the time she wrote the track, the 27-year-old singer revealed it took her a “long time” to heal from her wounds. But now, “I’m smiling,” she added.

Selena Gomez Surprises Fans with Empowering Anthem ‘Look at Her Now,’ Says She ‘Dodged a Bullet’

Gomez called it quits again with on-and-off boyfriend Justin Bieber in March 2018, and the “Sorry” singer moved on quickly — and publicly — with his now-wife Hailey Baldwin. Both of Gomez’s new songs were seemingly written about the difficult situation.

Acknowledging the negativity she faces when she releases such vulnerable work that’s inspired by her own life, Gomez doubled down on not letting that stop her from getting personal.

LISTEN: Selena Gomez Says ‘Goodbye’ to a Toxic Love in Scathing New Song ‘Lose You to Love Me’

“That’s the unfortunate part of what I do. It’s all very real to me, and I’m sure it’s just entertainment for other people,” she told Seacrest. “I had become numb to it, and it would be stupid of me if I didn’t acknowledge what I had felt, ’cause it would be inauthentic. I know there are thousands of people, men and women, who have felt this feeling.”

Now looking back on her scars, Gomez — who shot both the music videos for her new tracks on an iPhone 11 Pro — says the difficult moments in her life are now “something positive.”

“All I know is that these two songs were me wrapping up a chapter in a pretty little bow, and the rest of the album is just all about where I am now and where I’m going,” she added. “In my opinion, these are great songs, but I’ve saved the best for later.” 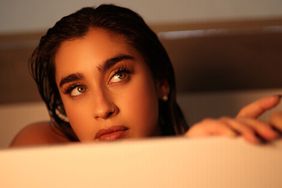