Selena Gomez was all smiles while attending the wedding of one of her best friends.

Shortly after traveling to Mexico for a bachelorette bash in honor of Courtney Barry’s nuptials, on Thursday the singer got to watch her pal say “I do” to the man of her dreams, Sam Lopez.

Gomez, 26, was seen wearing an elegant floor-length black dress with a dazzling array of sparkles that cascaded down one of the gown’s straps, across her body, and continued down towards the hem of the tasteful garment.

Among Gomez’s many friends in attendance was “Slow Hands” singer Niall Horan, 25, who has been a close pal of Gomez’s for years, as well as singer Julia Michaels, who has helped write many of Gomez’s hits.

The wedding took place on in Downtown Los Angeles’ Arts District, and the happy couple were even seen outside the venue holding each other in their arms.

The bride wore a stunning white “Ribelia” gown from Atelier Pronovias, which she paired with a tulle veil with lace appliqués that was also by Pronovias.

Although neither Gomez nor Horan have yet to share any posts from the happy day, the wedding bash was filled with plenty of cute photos and silly moments on the dance floor.

In one clip shared by a fan account, Gomez could be seen laughing and dancing excitedly with some friends as her 2015 hit “Hands to Myself” came on during the reception.

“When your girl’s song comes on and we all party! @selenagomez” one of her pals captioned the video.

Showing just how supportive Gomez’s pals are of her career, in another clip shared by a fan account, the singer’s song “Taki Taki” could also be heard playing that night.

Gomez’s close friend and assistant Theresa Mingus went on to share her own sweet clip from the festivities.

In the video, which was shared on her Instagram Story, Gomez sat on her assistant’s lap while leaning in to kiss her forehead, before the pair both turned their attention to Mingus’ phone.

Barry also posted a touching photo booth image in which Gomez smiled while standing behind the beaming bride as Horan struck a pose beside her new husband.

Another pal also shared a glam photo of Gomez flashing the camera a big smile as she posed alongside the happy couple.

“Today was one of the most special days ever,” her pal captioned the image.

Selena Gomez Breaks Silence After Completing Treatment: ‘I Am Proud of the Person I Am Becoming’

Earlier this month, the singer shared a slideshow of photos from Barry’s bachelorette trip to Cabo San Lucas, marking the fourth post Gomez has made on Instagram since returning to social media in January.

“My best friend is getting married, so we celebrated her! Future Mrs. Lopez,” Gomez captioned the post.

Since completing treatment in December 2018, the “Back to You” singer has been spending quality time with her loved ones, including longtime BFF Taylor Swift.

Just before Christmas, the star enjoyed a snowy trip with her pals and was also photographed hiking in L.A. and taking Pilates classes, and in early January, she also went horseback riding with two friends.

“Selena’s feeling much better and looking forward to getting back to normalcy,” a source previously told PEOPLE. “She’s spending time with friends and family.” 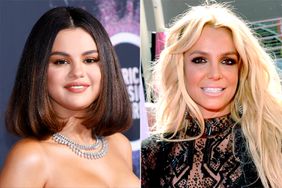 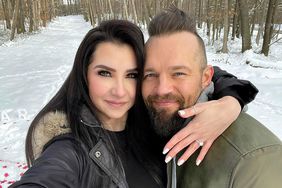 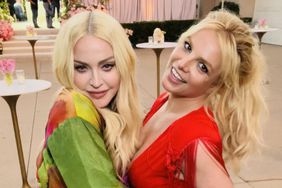