Selena Gomez, Cardi B, Faith Hill and More Celebs Urge Fans to Fill Out the 2020 Census

"2020 is a huge opportunity to make our voice heard," Cardi B said in a video encouraging New Yorkers to submit their census

Selena Gomez wants you to fill out the 2020 Census.

The “Lose You to Love Me” singer — along with fellow stars Tom Hanks, Janelle Monáe, Megan Rapinoe, Faith Hill and Liza Koshy — teamed up with ATTN: and Census Counts to urge their fans and the American people to fill out this year’s census.

“The 2020 Census could be the most important in our lifetimes,” Hanks starts in the public service announcement video.

Monáe and Koshy then add, “It will decide how over $650 billion dollars are distributed to local communities across the country. That includes where money is distributed for things like healthcare, public schools and food stamps.”

“It’s safe, easy and it’s important,” Gomez says next, before Hill chimes in, “The census affects us all.”

“Taking a few minutes to be counted can help your community for a decade,” soccer star Rapinoe follows.

“So be seen, be heard, be counted, for lasting change,” they all add. “It makes a difference.”

Cardi B Says She Wants to Start a GoFundMe for Tiger King’s Joe Exotic: ‘He Shall Be Free’

Cardi B also took part in a video with the New York City Census to encourage people in her home state to complete the national census.

“New York City, 2020 is a huge opportunity to make our voice heard. This year, we have the power to decide our city’s future. Not just for the next four years, but for the next 10 by getting counted in the census,” she says in the video. “The census is about power, money and respect for our community. If our city is under counted, we risk being underrepresented, especially our communities of color.”

“In 2010, only 62 percent of New Yorkers responded to the census, with the lowest response rates in our black and brown communities. In 2020, I’m gonna tell you something, we can’t let this happen again,” the Grammy Award-winning rapper adds.

“If you want to stand up to the status quo and fight the people in power who want to silence us, start by getting counted in the census. The census is safe, easy, for everyone,” the “Bodak Yellow” singer concluded. “And remember, the citizenship question is off the census, so no matter what any body tells you, immigrants with or without papers counts too.”

The artist shared the video on her Instagram last week, including one narrated in English and one in Spanish.

Alongside the post, she wrote: “NYC! Proud to work with NYC Census & @julmenin to get the word out and make sure we get our city’s fair share. Don’t let this virus distract you from the fact that this census is IMPORTANT, now more than ever, to getting the resources we NEED in our communities. Fill out the census at – 2020census.gov or call 844-330-2020 to fill out the census. IT ONLY TAKES 10 MINUTES Thank You ❤️.”

“We use this day to determine who is counted and where in the 2020 Census,” they added. 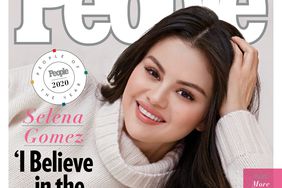 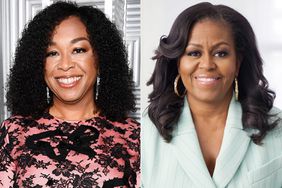