Sean “Diddy” Combs is on the mend.

The rapper and entrepreneur, 47, shared a series of hospital photos on social media Thursday evening, announcing to fans and followers that he had was recovering from knee surgery.

“Just had my final knee surgery. They said I’d never run again. I SAID THE DEVIL IS A LIER (sic).!! 3 surgeries in one year! 3rd times a the charm!!! #Rebirth don’t take the simple things in life for granted. Thank you to all the surgeons and docs and PTs. I THANK GOD FOR YALL! And #teamlove #ThankYou #GODISTHEGREATEST,” Combs wrote in one of his posts.

Diddy, who received flowers from French Montana, also thanked his children who visited him in the hospital. Sons Justin, 23, and Christian, 18, as well as 10-year-old daughters D’Lila, Jessie and Chance were all pictured in the father of six’s photos.

The Bad Boy Records founder previously had knee surgery in July 2015, one month after falling through a hole in the stage at the BET Awards in Los Angeles.

Most recently in August 2016, Diddy delayed his Bad Boy Family Reunion Tour by one week in order to recover from shoulder surgery.

That same year in May, Diddy underwent his fourth rotator cuff surgery. 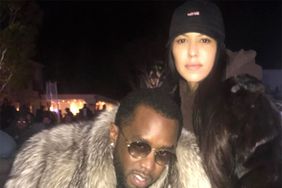 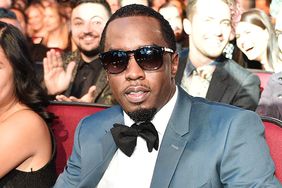