Sean “Diddy” Combs is honoring his late ex Kim Porter on what would have been her 49th birthday.

One day after ringing in his 50th birthday with family and friends, the music mogul posted a video on Instagram Sunday in tribute to Porter, who died of lobar pneumonia in her Toluca Lake, California, home on Nov. 15, 2018, at the age of 47.

The heartfelt video featured throwback times of Diddy and Porter singing and dancing with each other. The video concluded with a group of people singing happy birthday and the screen cutting to black while reading, “Happy birthday Kim! We will always love you…”

Diddy captioned the sweet tribute, “HAPPY BIRTHDAY BABY @ladykp. Words can’t explain how much we miss you but today is your birthday. We’re celebrating you today! We love and we miss you!!!!!”

Although Diddy’s actual birthday was last month, a source told PEOPLE that he deliberately pushed his 50th birthday party back until this weekend, to coincide with Porter’s birthday.

Inside Diddy’s A-List 50th Birthday Bash: ‘It Was Like a Superstar Convention,’ Says Source

Last month marked one year since Porter died. To commemorate the anniversary, Diddy paid tribute to his late ex-girlfriend and mother of his children on Nov. 15 with a heartwarming video.

In the touching home video he shared on Instagram, Porter is seen playing the piano in a bright orange dress. As she continues playing a beautiful melody, the model is seen making fun faces as a dog nearby continues to bark over her tunes.

“I MISS YOU SOOOOOO MUCH. So much ?. Every time I get sad I look at this video and it brings a smile to my face,” Diddy wrote. “I THANK GOD FOR THE PRECIOUS TIME HE ALLOWED US TO HAVE WITH YOU. I WISH YOU WERE HERE WITH US RIGHT NOW AND THIS WAS ALL A DREAM. I WILL NEVER GIVE UP ON THAT WISH. NEVER!!! Love you forever Kimberly Antwinette Goodwin Porter. ❤️”

The day before the anniversary of Porter’s death, Diddy also shared a photo of a broken heart on his Instagram, simply writing her initials “K?P” as the caption.

Porter and Diddy shared three kids together — son Christian ‘King’ Combs, 21, and twin daughters Jessie James, 12, and D’Lila Star, 12. (The pair also had children from past relationships: Porter was the mother to son Quincy Brown, 28, while Combs has son Justin, 25, and daughter Chance, 13.)

Their children also honored Porter on the one-year anniversary of her death with posts on social media.

“I miss you & Love you so much mommy ? ❤️,” Christian wrote on Instagram, alongside a throwback photo of himself posing happily with Porter at the beach.

Meanwhile, Quincy shared a photo of himself wearing a denim jacket painted with Porter’s face on the back and the phrase “God Sent.”

“It’s been 365 days & I still don’t know what to do without you…” he captioned the loving post. “Whatever it is I know you’ll have my back. I love you mommy. ❤️”

In a second Instagram post, featuring a throwback photo of Porter, Quincy added: “The amount of LOVE y’all have shown towards my mother really fills my heart. ❤️ Thank you truly.”

Justin also remembered Porter on Instagram on Friday, with a montage of old videos and photos of the late model.

Porter was laid to rest in her hometown of Columbus, Georgia, on Nov. 24, 2018, with a public funeral held at Cascade Hills Church. Sources close to the Diddy family previously told PEOPLE that the star also held a private memorial for Porter on Nov. 18, 2018, at his home in Bel Air, California.

Diddy and Porter began their relationship in the ’90s. In 1999, the pair broke up before later reconciling in 2003. They split for the last time in 2007. Since then, the musician has been vocal about his unwavering love for Porter.

Shortly after her death, the rapper spoke out on Instagram, “For the last three days I’ve been trying to wake up out of this nightmare. But I haven’t.” 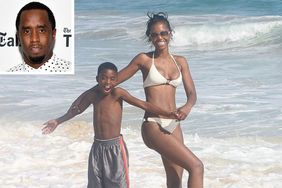 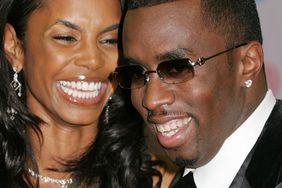 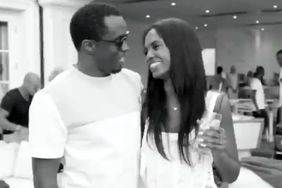 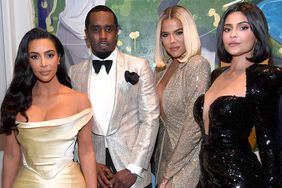 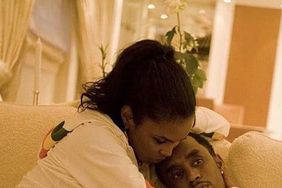 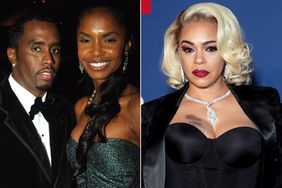 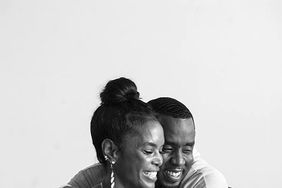 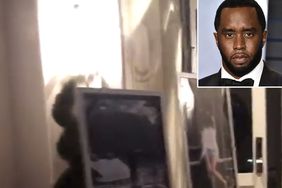