Scooter Braun and Yael Cohen are focused on their children following their split.

The 40-year-old music manager, who represents artists including Justin Bieber and Ariana Grande, filed for divorce from Cohen, 34, in Los Angeles on Wednesday, and a source tells PEOPLE that the pair are now dedicating themselves to being co-parents for their kids — sons Jagger, 6, and Levi, 4, and daughter Hart, 2½.

"They're both heartbroken. They realized they were not going to be able to fix things and they decided to move ahead with the divorce," the insider says. "They're committed to keeping things amicable for the kids. They don't want to have a messy divorce."

The source adds that the former couple is still "together with one another a lot" for their children.

"They have to co-parent so they're keeping it cool," the source says.

Braun's divorce filing came just 10 days after a source told PEOPLE that the couple was separating after seven years of marriage, but still working through things.

"Their friendship is the best it's ever been, but they're taking some time apart to sort things out," the source told PEOPLE on July 11. "So many couples went through this during the pandemic. They love each other and just need some time apart and will hopefully bounce back for their kids."

Braun proposed to Cohen, who founded and serves as the CEO of the charity health organization F— Cancer, at his L.A. home in January 2014. They wed that July in Whistler, British Columbia, Canada.

Earlier this month, Braun marked their wedding anniversary with a tribute dedicated to Cohen on Instagram.

"If just for the kids you have given me everything. But thanks to you I have grown, I have been pushed to be the best version of myself and to continue growing and learning. That all happened because you came in to my life. 7 years," he wrote on July 6 alongside a black-and-white portrait from the wedding. "The adventure is just beginning. Thank you Yae. I love you. Happy anniversary.

In the comments section, Cohen replied, "A Team 4lyfe."

"I found that people who have a foundation of family — whether it be with the family they make with their friends, the family they start, or the family they already had — they're able to sustain a lot better because that's what really matters," the father of three said, later adding, "I don't think I actually figured it out until I met my wife Yael."

"There was my insecurities; I was having a lot of success and I was looking for what validated me. And then when I met her, I realized, between her and the kids, I don't need that validation anywhere anymore," Braun continued. "I can just do good work and I can try and be kind to people. Other people's issues are not my issue. I can only control my own actions. But she kind of gave me that comfort that I'm enough." 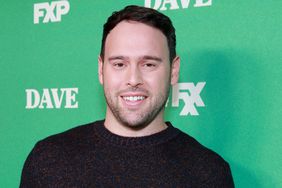 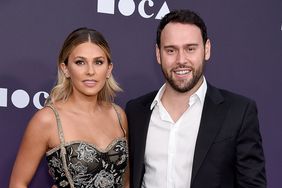 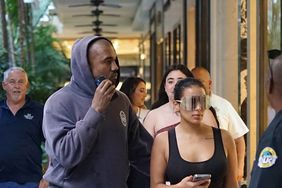