"I couldn't be happier than to be starring in your dreams, dahhling!" Mariah Carey told Sam Smith

Update: In September 2019, Sam Smith announced that they use they/them pronouns. This content was written in July 2019 before Smith publicly announced their pronouns.

Sam Smith‘s new dance single, “How Do You Sleep?” — which dropped on Friday — finds the soulful singer tossing and turning over a troubling relationship. But it turns out, when he finally closed those eyes and got some rest, it was Mariah Carey he was dreaming about!

On Sunday, Smith, 27, told his followers on Twitter that he had a dream about Carey the night before that caused him to wake up in “such a good mood.”

“I had the best dream last night,” Smith wrote, explaining Carey’s latest song was a part of it. “I was at a Mariah Carey album launch with all my friends and she dedicated, ‘A No No‘ to me! Ugh! Dreams!”

Carey noticed. Later in the morning, she responded on Twitter, too.

Sam Smith (a.k.a. Fifth Harmony’s Biggest Fan) Freaks Out over Their Hiatus on Twitter
Sam Smith Fan-Girls Over Meeting Lizzo: ‘Can’t Wait to Watch You Continue to Take Over the World’

Smith has made a habit of fangirling over female pop stars on social media (his love for Fifth Harmony is legendary).

Earlier this month, he shared a picture of himself meeting rising rapper-singer-flautist Lizzo, professing his love for her.

“So truly happy I got to meet @lizzo the other day,” Smith tweeted. “Her show was out of this world!! Made me feel so high on life!! She is the one. Can’t wait to watch you continue to take over the world gorgeous xx.”

Sam Smith on Coming Out as Nonbinary: ‘It Was a Torture’ in ‘My Mind’

Smith’s “How Do You Sleep?” is a musical departure for the Grammy winner, moving him into a more pop-focused space.

“My heart is beating so fast. I’m so proud of this one. Thank you to all the beautiful humans who’ve helped me really come out my shell over the past year. I hope you all enjoy this,” Smith tweeted after the song’s release. “To dance in a video and to start showing this side of myself has been something I’ve been very scared to do for such a long time. So seeing some of you messaging and enjoying this, it really really means the world to me.”

“This year, both personally and musically, I feel so free,” he added in a press release. “More than ever I have had so much fun making this record and this video. Time to dance darlings.”

Back in March, Smith came out as non-binary/genderqueer in an interview with actress Jameela Jamil in the debut episode of her new Instagram-based show I Weigh Interviews.

“When I saw the word non-binary/genderqueer and I read into it and I heard these people speaking,” Smith — who still presently opts for male pronouns — told Jamil. “I was like, ‘F—, that is me.’ “ 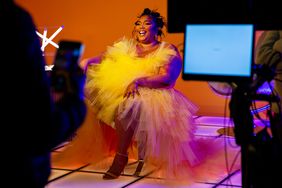 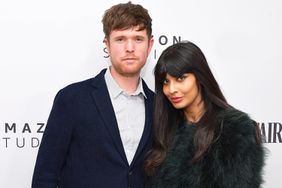 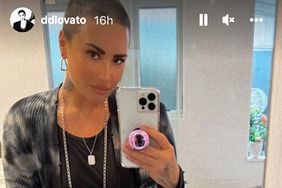 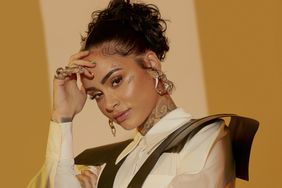