“I still walk down the street and shake my head thinking ‘I can't believe that happened,’” Ryan Reynolds said of the songstress’ decision to include the names of his and Blake Lively's daughters in her track

Ryan Reynolds and wife Blake Lively kept Taylor Swift's song "Betty" under wraps — even from their children who are name-dropped on the folklore track.

Swift, 31, publicly revealed the name of Reynolds' and Lively's third daughter Betty, 22 months, in her album which debuted in July 2020. The Grammy winner also name-dropped the couple's daughters James, 4, and Inez, 4, in the song "Betty."

"We surprised them with it," the Deadpool star, 44, said on Thursday's SiriusXM Town Hall of letting their daughters hear the track.

"They didn't know," the father-of-three added. "They had no idea."

He went on to joke, "We don't tell them anything, we find they're most compliant if you offer them no access to outside information."

The decision for Swift to announce the name of Reynolds and Lively's daughter — whom they welcomed in October 2019 — was easy for the couple as they "trust" their longtime friend.

"We trust her implicitly," Reynolds said on Town Hall. "She's very sensitive to any of that stuff."

He continued, "And obviously the song is, has nothing to do with our kids other than our kids' names."

"But I mean, what an honor," the Free Guy star said. "We thought it was pretty, pretty damn amazing. We still do. I still walk down the street and shake my head thinking 'I can't believe that happened.' "

After the release of the album, Swifties went into detective mode and speculated that "Betty" was a name reveal of Reynolds and Lively's third child since their other two kids were included.

"Betty, I know where it all went wrong," Swift sings on the folklore track. Later lines include: "You heard the rumors from Inez/ You can't believe a word she says" and "She said, 'James, get in, let's drive."

She later confirmed fans' suspicions, writing, "I named all the characters in this story after my friends' kids... and I hope you like it!" 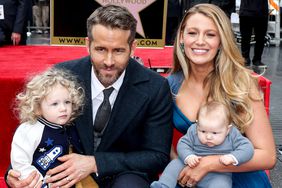 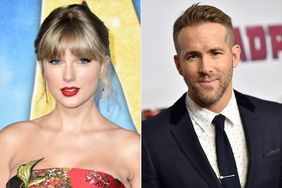