Ringo Starr's birthday is coming up on July 7, and all he wants is for you to spread a little peace and love

Sir Ringo Starr has a birthday coming up, and to celebrate he wants us all to spread a little Peace and Love.

Everyone’s favorite knight of the realm will observe turning 79 on July 7 by inviting the world to come together in a moment of peace, love and unity. Starr himself will be in front of the famous Capitol Records Tower in Los Angeles, but don’t feel like you have to make the trip. All he asks is for everyone — everywhere — to think, say, or post “#PeaceandLove” at noon their local time, thus creating a wave of positivity that will travel across the globe.

The annual celebration began in 2008, when an interviewer casually asked Starr what he wanted for his birthday. The answer, of course, was “Peace and Love.” Since then, the idea has flourished into an international event, earning sponsors including Starbucks, Life Is Good, SiriusXM and The David Lynch Foundation, an organization that teaches meditation to at-risk individuals.

‘If We Give Nothing Else, We Have to Give Love’: Ringo Starr Continues His Push for Peace on New Album

This year, Starr will be joined at the Capitol Records Tower by wife Barbara Starkey, as well as fellow musicians (and former All-Starr Band mates) Sheila E., Edgar Winter, Nils Lofgren, Jim Keltner, and friends including Ed Begley Jr., Richard Lewis, T-Bone Burnett, Benmont Tench and Life Is Good founders Bert and John Jacobs. There will also be performances by Sara Watkins, Ben Kyle of Romantica, and The Jacks.

“I’ve said it before but I really can’t think of a better way to celebrate my birthday, or a better gift I could ask for, than peace and love,” Starr said in a statement. “It’s so great how every year it keeps growing, with the wave of peace and love starting in the morning on July 7 in Australia and ending in Hawaii, with celebrations in all the time zones in between. I am so happy to be back at Capitol Records, and for our great sponsors who are carrying the message of peace and love around the world, like the David Lynch Foundation, Life is Good, SiriusXM, Modern Drummer and Starbucks. I also want to thank each and everyone of you for continuing to help spread peace and love, Ringo.”

On Aug. 1 , the rock legend will kick off a month-long North American tour with the latest incarnation of his All Starr band in Windsor, Canada. See here for more details and a full list of dates. 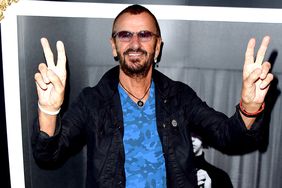 Ringo Starr Is Spreading a Little Peace and Love for His Birthday—and You're Invited! 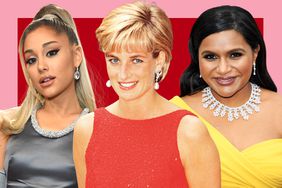 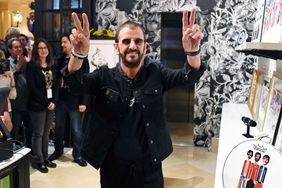 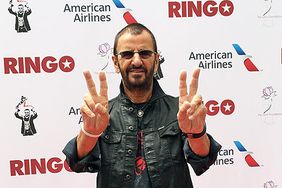 Ringo Starr on The Beatles' Early Days: 'We Were Punks' 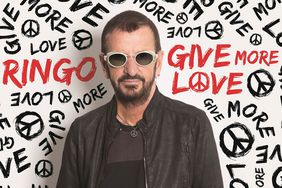