Rihanna Slams Snapchat, Says App 'Made a Joke' of 2009 Chris Brown Assault: 'Shame on You'

"You let us down!" Rihanna said, speaking for domestic violence survivors

Rihanna has spoken out against the Snapchat ad that made light of her 2009 domestic violence incident with ex Chris Brown.

The social media app apologized on Tuesday for running an ad for a game called “Would You Rather,” asking users if they would rather slap Rihanna or punch Brown. Then, Thursday, Rihanna took to Instagram to respond.

“Now SNAPCHAT I know you already know you ain’t my fav app out there! But I’m just trying to figure out what the point was with this mess! I’d love to call it ignorance, but I know you ain’t that dumb!” Rihanna, 30, wrote in an Instagram Story.

“You spent money to animate something that would intentionally bring shame to DV victims and made a joke of it!!! This isn’t about my personal feelings, cause I don’t have much of them…but all the women, children and men that have been victims of DV in the past and especially the ones who haven’t made it out yet…you let us down!” Rihanna’s post continued.

“Shame on you,” she added. “Throw the whole app-oligy away.”

Brown’s side was equally perturbed. His lawyer Mark Gergagos shared the following statement with PEOPLE: “Whoever conceived this at Snapchat needs to be slapped.”

“This advertisement is disgusting and never should have appeared on our service. We are so sorry we made the terrible mistake of allowing it through our review process. We are investigating how that happened so that we can make sure it never happens again,” Snapchat said in a statement to The Hollywood Reporter on Thursday.

After removing the ad from the app on Tuesday, Snapchat also released the following statement to the BBC: “The advert was reviewed and approved in error, as it violates our advertising guidelines. We immediately removed the ad last weekend, once we became aware. We are sorry that this happened.”

The controversial ad alluded to the 2009 incident between Rihanna and then-boyfriend Chris Brown, who assaulted the pop star in his car ahead of a Grammys party.

Brown, now 28, was charged with two felony counts — assault and making criminal threats — in the alleged fight that left Rihanna bruised and bloodied; the exes reached a plea agreement that spared Brown jail time after he pleaded guilty to felony assault by means likely to cause great bodily injury.

“Is it just me, or is this ad that popped up on my Snapchat extremely tone deaf? Like what were they thinking with this?” wrote one Twitter user.

Activist Brittany Packnett also tweeted, writing: “I know that social media ads go through an approval process from the platform. This means Snapchat approved an ad that makes light of domestic violence. The update ain’t the only thing that’s wack over there, friends.” 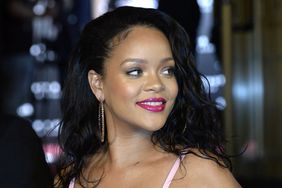 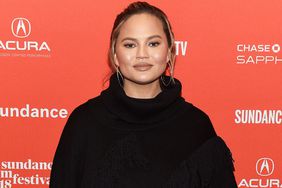