Days after the songstress was photographed in an apparent argument with her rumored boyfriend, Rihanna lightheartedly responded to the tabloid story

Rihanna‘s roar may be worse than her bite.

Days after the 30-year-old songstress was photographed in an apparent argument with her rumored boyfriend, Saudi businessman Hassan Jameel, she seemed to lightheartedly respond to the tabloid story with a meme on her Instagram page.

“when u think u know more bout soccer 😼💪🏿 #worldcup2018,” Rihanna captioned the image of a male lion timidly backing away from the growling female feline, which somewhat resembled her passionately pointing fingers at Jameel while in Puerto Vallarta, Mexico.

Of course, it’s unknown if the duo were really feuding over soccer or the star was just trying to break the tension before gossip ran wild. What is clear is that Rihanna is a super fan of the tournament — she was even cheering from the stands when Germany bested Argentina 1-0 to win the 2014 World Cup.

“I used to feel guilty about taking personal time, but I also think I never met someone who was worth it before,” she explained.

Back in June 2017, the Ocean’s 8 star and Jameel were spotted kissing and grabbing coffee together. Since then, the two have been photographed together a few times — including in October, when a source told PEOPLE they were “canoodling all night” while grabbing dinner and bowling with a group of friends in Cambridge, Massachusetts.

In December, Rihanna also sparked rumors of an engagement when she rocked a sizable diamond on that finger to Chris Rock’s show at Madison Square Garden in New York City. However, a source confirmed to PEOPLE that the Doyle & Doyle antique brown diamond cluster ring is not linked to an engagement.

Lazy Sunday: Rihanna Spotted Kicking Back with a Beer in Boston

Jameel is an heir to the Abdul Latif Jameel business dynasty of Saudi Arabia. The company owns the right to sell Toyota Motor vehicles in Saudi Arabia and other Middle Eastern countries (among other ventures) and Hassan serves as the president of the charitable organization within the company, Community Jameel. 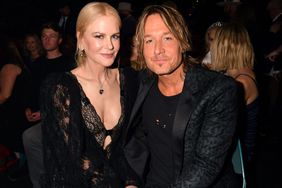 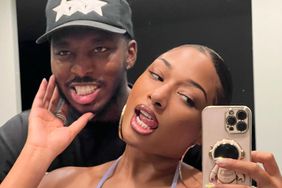 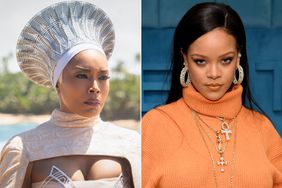 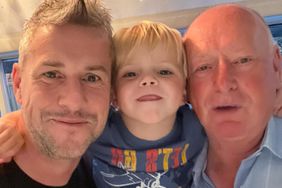 Ant Anstead Responds After Commenters Call Him Out for Posting Photos of Son: 'I Stepped Up for Him'