Ricky Martin 'Wasn't Living to the Fullest' Before Coming Out: 'Been Super Happy Ever Since'

Ricky Martin is reflecting on his unhappiness prior to coming out as gay.

In a new interview with Apple Music's Proud Radio, the "Livin' La Vida Loca" singer, 48, opened up about the events that preceded his decision to reveal that he was gay in 2010. Martin said despite his international superstardom, he wasn't reaching his fullest potential.

"My music was being heard all over the world, regardless of the language," he recalled, according to Variety. "I could high-five God, but I wasn't living to the fullest — I was sad; I was depressed. I would walk onstage to perform because that was the only way I could balance my emotion is to snap out of this heavy sadness that I was moving in."

Martin said that, in the middle of a 1999 world tour, he had to take a break so that he could properly process his feelings rather than continue to ignore them.

"Then, actually there came a moment that I said, 'We need to stop. We need to stop the tour,' " he said. "... I said, 'I can't. I can't do this. I need to go home. I need silence. I need to cry. I need to be angry. I need to forgive myself for allowing myself to reach this level, to get to where I'm at.' And I took some time, and I took a sabbatical."

Later in March 2010, Martin wrote in a post on his official website that he is "proud to say that I am a fortunate homosexual man." He would share further details about coming to terms with his sexuality in his memoir Me.

"I got to the place I was fighting as I was writing my book between saying, 'Am I gay? Am I bisexual? Am I gay? Am I bisexual?' " he said. "And either is okay; just go within and do not lie to yourself. And then I said, 'Rick, you are a very fortunate homosexual man. You are gay.' And I wrote it and I pressed send, and then I cried like crazy — and I've been super happy ever since."

In January 2018, Martin told The Daily Show's Trevor Noah that his decision to come out was "extremely painful," especially since those around him urged him not to.

"I was surrounded by a lot of friends that were telling me, 'Don't! Don't come out, it will be the end of your career!'" he said at the time. "People that love me, people that mean well, people that were just victims of homophobia."

RELATED VIDEO: Demi Lovato Says the 'Emotional' Moment She Came Out to Her Parents Was 'Really Beautiful'

Rapper Da Brat on Coming Out in Her Mid-40s: 'I Did This on My Own Terms'

"If you add to that the fact that I was like a heart-throb, like a sex symbol — everybody was telling me, 'It's going to be the end of your career,'" he added. "It was extremely painful for me until I said, 'I can't take it anymore. It's all about me now, it's not about what's happening outside. It's about what I need in order to be happy.'"

The deciding factor came down to becoming a father to fraternal twin boys, Matteo and Valentino, who turn 12 later this summer. Martin is now also father to son Renn (whose birth he announced in October) and 18-month-old daughter Lucia, whom he shares with husband Jwan Yosef.

"I had my kids, and I said 'I have to come out. I'm not going to lie to these beautiful kids,'" recalled Martin. 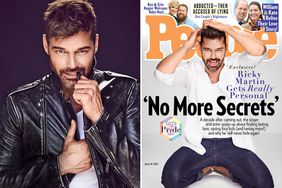 Ricky Martin Doesn't Want to Hide Who He Is Anymore: 'I Am a Man with No Secrets' 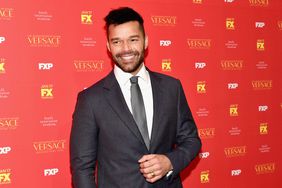 Ricky Martin Opens Up About His Decision to Come Out: 'It Was Extremely Painful for Me'