"The safety and well-being of our amazing fans, band and crew will always be the most important consideration in any situation," Rick Springfield wrote on social media

Rick Springfield has cancelled his upcoming concert in the Dominican Republic amid rising concerns over safety in the country.

On Monday, the “Jessie's Girl” singer announced on social media that he would be postponing his “Rick Springfield & Friends” fan getaway event originally scheduled to take place in Punta Cana this November so that it may move to Cancún, Mexico in 2020. Since summer 2018, at least 10 American tourists have been confirmed dead after falling ill in the Dominican Republic — and dozens more have gotten sick.

“We have been closely monitoring the situation in the Dominican Republic,” Springfield, 69, wrote in a message shared to his Instagram and Twitter accounts. “In an abundance of caution and for the peace of mind and well-being of my fans, band and crew, the ‘Rick Springfield & Friends’ event in Punta Cana is being rescheduled to take place at Hard Rock Hotel Cancun in 2020. New dates will be determined as soon as possible. We hope to have this announcement within the next two weeks.”

Springfield then went on to apologize for any inconvenience the change causes fans and wrote that when the new dates are announced, any guest who wishes to cancel will have an option for a full refund.

“While this decision has not been easy, the safety and well-being of our amazing fans, band and crew will always be the most important consideration in any situation,” he wrote. “Sending our love and best wishes to all of our friends in the Dominican Republic. Thank you for your patience while we work out the new details. Look forward to seeing you soon in Mexico! ❤️Rick.”

Currently, the FBI is investigating at least six of the deaths that occurred in the Dominican Republic. Some of them died in what appeared to be bizarre — and similar — circumstances. The agencies involved are not yet releasing further details about the investigations.

According to the FBI, federal agents are on the island nation to investigate four deaths at various Bahia Principe properties and two at the Hard Rock Hotel & Casino.

The bodies of Edward Nathaniel Holmes and his fiancée, Cynthia Ann Day, were discovered in their hotel room at the Grand Bahia Principe La Romana resort on May 30.

Miranda Schaup-Werner, 41, collapsed on May 25 shortly after mixing a drink from the minibar in the Luxury Bahia Principe Bouganville. Pennsylvania native Yvette Monique Sport, 51, collapsed in 2018 at the Bahia Principe resort in Punta Cana.

The four other victims include Joseph Allen, 55, who was found dead on the floor of his room at the Terra Linda in Sosua on June 13, and Vittorio Caruso, 56, who fell ill on June 17 while staying at the Boca Chica Resort in Santo Domingo. In Punta Cana, Lexla Cox, 53, died at the Excellence Hotel and Resort on June 10 and Chris Palmer, 41, died at the Villa Cocotal Palma resort on April 18, 2018.

Officials from the U.S. and the Dominican Republic say that despite the media scrutiny, the deaths do not represent a statistical outlier.

“Speaking generally, we have not seen an uptick in the number of US citizen deaths reported to the Department,” a statement from the U.S. State Department read. “While the overwhelming majority travel without incident, we want to assure all Americans that we continue to work actively with the Dominican authorities at the very highest levels to ensure that U.S. citizens are safe and feel safe while in the Dominican Republic.” 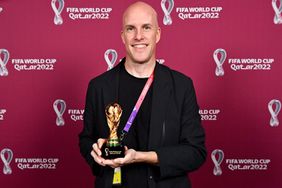 Grant Wahl's Wife, Brother Pay Tribute to the Beloved Sportswriter at Memorial: 'Something Worldly About Him'