Azriel Clary claimed her parents wanted to take sexually charged videos and photos with R. Kelly so they would have something to blackmail him with

R. Kelly’s girlfriend Azriel Clary, who first met the singer when she was 17, claims she never had sex with Kelly while she was underage, but that her parents pushed her to take photos and videos of a sexual nature with him, so they could use them as blackmail, should they ever need to.

During Clary’s interview on CBS This Morning, which aired in full on Thursday, Clary, now 21, claimed that her parents pushed her to lie about her age when she first met Kelly at one of his concerts.

“When I first met Robert, my parents told me to lie about my age, so when I met him he thought that I was 18,” she told Gayle King, during a joint interview with Joycelyn Savage, 23, another one of Kelly’s girlfriends.

“On top of that, when I was 17, my parents were actually making me, trying to get me to take photos with him, take sexual videos with him, all kinds of stuff,” she told King. “And they said because if they ever have to blackmail him, what they’re trying to do now, they can use it against him, which is exactly what they’re doing.”

Clary’s parents, Alice and Angelo, released a statement via their attorney Michael Avenatti on Thursday morning shortly after the interview aired, claiming their daughter “is presently suffering from years of mental abuse and manipulation by R. Kelly,” as they denied the allegations made against them.

“Azriel Clary is presently suffering from years of mental abuse and manipulation by R. Kelly,” the statement read. “Sadly, like so many girls before them, Azriel and Joycelyn Savage have been manipulated and convinced by Kelly to protect him from serious criminal charges. Azriel’s parents never attempted to blackmail anyone and never suggested their daughter take nude photos or sexual videos. And they have never asked R. Kelly for a single penny. These are absolute lies fabricated by R. Kelly and we have evidence to show that these claims are bogus.”

Backing up Clary’s claims, Savage said, “our parents are basically out here just to get money and scam because they didn’t agree on what happened with music, or whatever it could be and they’re just very upset.”

The parents of both Savage and Clary claim the women are living with Kelly against their will and are a part of what the parents describe as his “sex cult,” although both women have vehemently denied the singer tore them away from their now-estranged families.

As King noted during Thursday’s program, although Kelly’s team had told her the singer would not be present during Clary and Savage’s interview, Kelly entered the room after the conversation began and would periodically clear his throat loudly to let the women know he was there.

Clary went on to claim that her parents attempted to extort money out of Kelly, threatening to release nude photographs of her on the internet if they didn’t get what they asked for.

“My dad and my mom started to send threats to both me and him. They said, ‘Oh, I’ll put all your naked pictures all over the world. I’m going to ruin you, I’m going to ruin him if he doesn’t send $20,000 to this bank account by Monday. Oh, I’m gonna put everything out there. And then $10,000 after that.’”

“You’re trying to solicit me like I’m some f—ing hoe. I’m not. I’m your child,” she said, beginning to cry.

Asked why she was so upset, Clary replied, “I’m crying because you guys don’t know the truth. You guys are believing some f—ing facade that our parents are saying. This is all f—ing lies for money and if you can’t see that you’re ignorant and stupid.

The Clarys told CBS This Morning that Azriel met Kelly at one of his concerts. He pulled her on stage during one of his performances in 2015, when she was 17, and the Clarys said they hoped she would become his protégée.

Both Clary and Savage have denied wanting to have a career in music. “I did not want to sing. My parents made singing like a job for me,” Clary told King.

Kelly, who has denied having sex with Clary while she was underage, has also denied luring his girlfriends into relationships by promising to advance their music careers.

Speaking of Savage’s mother, Kelly told King, she was the one who “started promoting that Joycelyn can sing.”

Following Kelly’s emotionally charged interview, Savage called her parents and told them she’s “very happy” after not speaking to them in two years.

“I’ve told you guys a million, million times, that I’m okay and I’m very happy, you know where I’m at,” Savage repeated during the phone call, which was held at the office of her family’s Atlanta lawyer, Gerald Griggs, after they held a press conference criticizing Kelly’s interview and pleading to hear her voice.

Griggs told USA TODAY Savage hung up after about three minutes and “appeared to be reading from a script.”

Kelly was released from jail on Feb. 25 after being indicted by a grand jury on 10 counts of aggravated criminal sexual abuse against four alleged victims, the Cook Country Sheriff previously confirmed to PEOPLE.

On Wednesday, Kelly was arrested again for failure to pay outstanding child support. Cook County Sheriff’s office spokeswoman Sophia Ansari confirms to PEOPLE that Kelly was transferred to the county jail, where he will remain until he pays $161,000 in back child support that he owes. 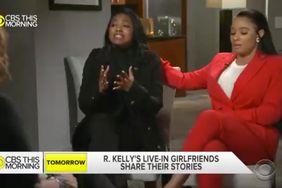 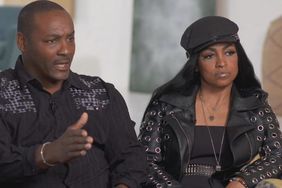 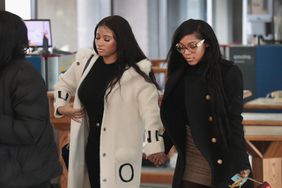 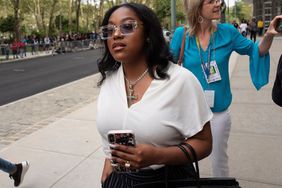 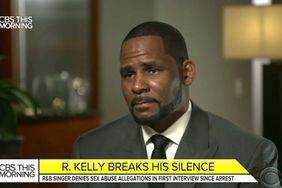 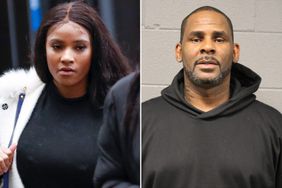 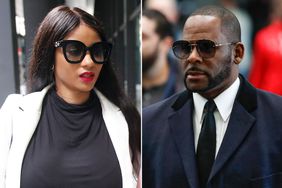 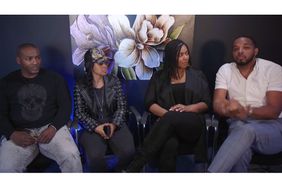