From Elvis Presley to his daughter Lisa Marie, the famous family has experienced some extreme highs and lows

The Presley family has had their share of ups and downs over the past nine years.

With the attention of fans on Priscilla Presley, Lisa Marie and her children ever since Elvis Presley hit it big in the 1950s, the family has also seen their share of tragedies, from the King's early death to, most recently, the shocking death of Lisa Marie.

The singer's only daughter with ex Priscilla died on Jan. 12, 2023, at the age of 54, two days after appearing at the Golden Globe Awards in support of the Elvis movie.

"It is with a heavy heart that I must share the devastating news that my beautiful daughter Lisa Marie has left us," Priscilla confirmed in a statement to PEOPLE. "She was the most passionate strong and loving woman I have ever known. We ask for privacy as we try to deal with this profound loss. Thank you for the love and prayers."

Lisa Marie was preceded in death by her son Benjamin Keough, who died by suicide in 2020. She leaves behind daughters Riley Keough and twins Harper and Finley Lockwood.

Here's a look back on some of the biggest moments that rocked the famous family over the years.

Deaths in the Family

Elvis' first experience with death came at his own birth in January of 1935.

Just 30 minutes before his arrival in Tupelo, Mississippi, Elvis' twin brother, Jesse Garon, was stillborn. Jesse was buried the following day in an unmarked grave at a nearby cemetery.

Several years after the singer first made a name for himself, another tragedy struck the Presley family.

In 1958, five months after Elvis, then 23, was drafted into the U.S. army, his mother, Gladys Presley, fell ill. On Aug. 14, two days after the singer was granted a seven-day emergency leave to be with her, Gladys died at the age of 46 following a heart attack.

"It broke my heart. She was always my best girl," Presley was quoted as saying at the time, according to a story by the Associated Press.

'Elvis Has Left the Building!' The True Story Behind the Popular Phrase

Elvis met his first and only wife Priscilla shortly after his mother's death, while he was stationed in Germany and she lived on a military base with her father, a captain in the Air Force. At the time, Priscilla was 14, while Elvis was 24.

"It was a very innocent time," she later said during a Good Morning America interview. "We still had morals, very high standards."

The two began seeing each other, and after more than seven years of dating, Presley proposed with a three-carat diamond in December 1966.

The couple married on May 1, 1967, when Elvis, then 32, still several years away from a rhinestone jumpsuit, was the world's top-earning entertainer, starring in up to three movies a year and singing his way through their soundtracks. Priscilla was 21.

Less than a year later, the pair welcomed their only child, daughter Lisa Marie, on Feb. 1, 1968.

However, life between the married pair wasn't always easy.

"I just kind of followed what he did. You lived his life," Priscilla said during a 2016 appearance on U.K. talk show Loose Women, according to HuffPost. "You saw the movies he wanted to see, you listened to the music he listened to, you'd go to places he would go. So you really kind of lost yourself."

"He didn't really go out, he didn't like eating in restaurants because people would take pictures of him and he didn't want to be shot eating with a fork in his mouth," she added.

The couple went on to divorce in August of 1972.

"I did not divorce him because I didn't love him ― he was the love of my life, truly," Priscilla explained during the 2016 interview. "If anything, I left because I needed to find out what the world was like."

The Death of The King

Although Presley's health had been declining in the final years of his life, his death on Aug. 16, 1977, stunned the world.

He was just 42 years old when Ginger Alden walked into the bathroom adjoining the palatial primary bedroom of Graceland and discovered the star's body. Although his cause of death was ruled as a heart attack by coroners, there have long been theories that drugs played a role in his passing.

Lisa Marie Presley first walked down the aisle in 1988, when she wed musician Danny Keough. Together they had two children, son Benjamin, who died by suicide in 2020, and daughter Riley, now a successful actress.

Less than a month after the pair divorced in 1994, Lisa Marie, then 26, married singer Michael Jackson on May 26. "My marriage to Michael Jackson took place in a private ceremony outside the United States weeks ago," read a statement from Lisa Marie at the time. "I am very much in love with Michael, I dedicate my life to being his wife. I understand and support him. We both look forward to raising a family."

That September, they shared a kiss at the MTV Video Music Awards, with Jackson proclaiming, "Just think, nobody thought this would last."

The pair first met at one of her late father's Las Vegas concerts when Lisa Marie was 7 and the King of Pop was still a member of the Jackson Five, before reconnecting years after as adults.

"The one thing that correlates with Michael and with my father on this subject is that they had the luxury of creating whatever reality around them they wanted to create," Presley told Oprah Winfrey during a 2016 interview, according to HuffPost. "They could have the kinds of people who were going to go with their program or not go with their program. If they weren't, then they could be disposed of."

Lisa Marie on Michael: It Was Love

The pair met at a birthday party for Johnny Ramone in 2000, when he was estranged from Patricia Arquette and she was engaged to Hawaiian-born musician John Oszajca. They went on to wed in August 2002 during a secret ceremony in Hawaii on the 25th anniversary of Elvis' death.

However, less than four months after their wedding, the pair announced they were splitting.

"I'm sad about this, but we shouldn't have been married in the first place," Lisa Marie said in a statement issued by her publicist, Paul Bloch.

Her fourth marriage came in 2006 to Michael Lockwood, with Lisa Marie filing for divorce in June 2016. For years, the two were embroiled in an ongoing custody battle over twin daughters, Harper and Finley.

They were declared legally divorced in 2021 while continuing to sort custody and visitation rights.

On Jan. 12, 2023, Lisa Marie died after she was hospitalized for suspected cardiac arrest. She was 54 years old. 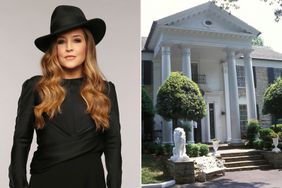 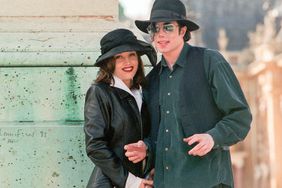 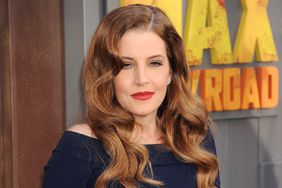 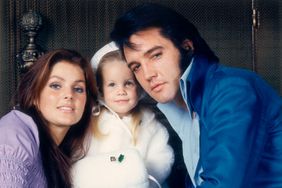 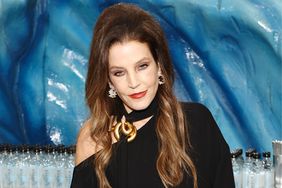 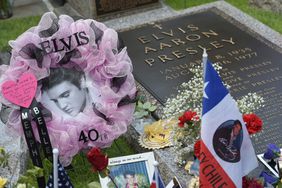 Where Are Elvis Presley and His Family Members Buried? All About the Meditation Garden at Graceland 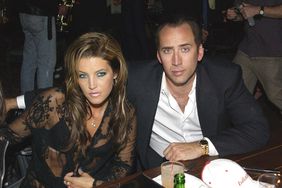 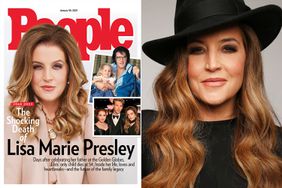 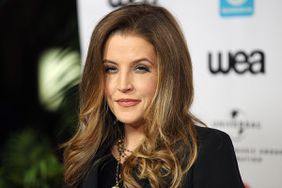 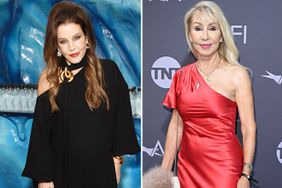 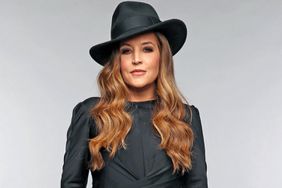 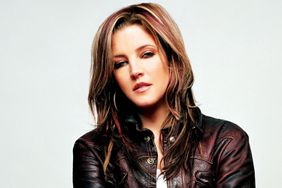