Pop Smoke's gravesite has been vandalized.

The late rapper's mausoleum crypt at the Green-Wood Cemetery in Brooklyn, New York was smashed in over the weekend, a spokesperson for NYPD confirms to PEOPLE.

The incident — first reported by TMZ — occurred sometime between Friday and Saturday afternoon, when police were made aware. The estimated damage totals to around $500, police said. No arrests have been made at this time.

Pop Smoke, born Bashar Barakah Jackson, was shot and killed at age 20 on Feb. 19, 2020 during an alleged home invasion in Los Angeles.

In July, five months after he was fatally shot, the Los Angeles County District Attorney's Office announced that four teenagers — and two adults Corey Walker and Keandre Rodgers — had been charged with robbery and murder. The minors could not be identified because they were under 18. The case is ongoing.

Shortly after news broke that Pop Smoke had been killed, he was honored by several fellow rap stars including Chance the Rapper, Snoop Dogg, Nicki Minaj, 50 Cent and Quavo.

The Brooklyn native's brother Obasi Jackson has also opened up about the grieving pain he continues to cope with as he mourns the death of his sibling.

Pop Smoke's Brother Tearfully Mourns Late Rapper: 'I Won't Be Able to Tell Him I Love Him Again'

During his appearance on the show, Obasi shared that he and Bashar had one final conversation with their family just days before the star was killed.

"Me, my mom and my brother sat in a room for hours, which had not happened in years," he recalled. "That last conversation [showed me that], 'Okay, I know my brother loves me and he knows I definitely love him.' He said he loved me."

Pop Smoke's debut studio album, Shoot for the Stars Aim for the Moon, was released posthumously in July 2020.

In March, the album broke the record for longest weeks in the No. 1 spot on Billboard's top rap albums chart. The historic project amassed its record-breaking 20th week atop the coveted list on Billboard's chart dated March 27, 2021. 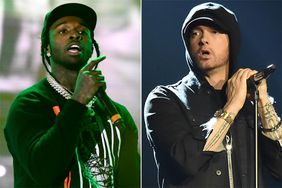 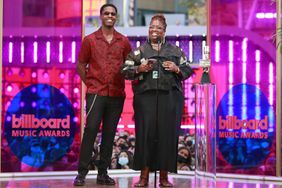 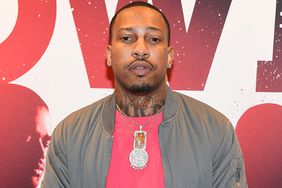 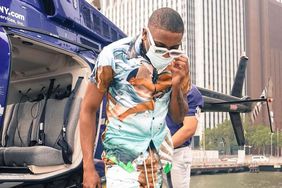 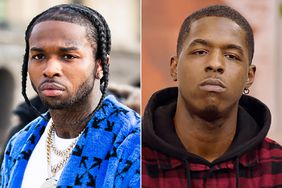 Pop Smoke's Brother Tearfully Mourns Late Rapper: 'I Won't Be Able to Tell Him I Love Him Again' 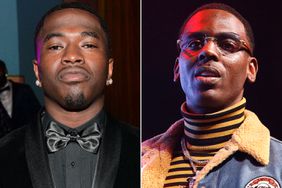 Bankroll Freddie Says He and Young Dolph Planned to Film a Music Video This Weekend: 'I Can't Believe This' 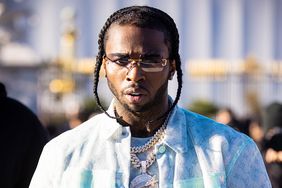 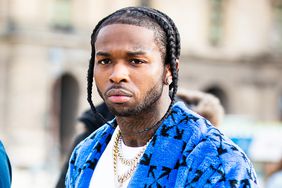