Pink is mourning the loss of her father Jim Moore.

On Thursday night, the songstress shared a post honoring her father following his death, nearly a year after the singer revealed he was going through chemotherapy. She did not share his cause of death.

"Til forever," Pink, 41, captioned her post featuring two black-and-white photos of her dancing with her father: one of her as a child and another as an adult.

"❤️‍🩹 I loved him so," wrote actor Kerri-Kenney Silver, a good friend of Pink's.

In July 2020, the singer revealed that he was undergoing chemotherapy for prostate cancer and that he had "fractured his back, lost function in his legs."

"Here he is, my Dad, scared and in pain sitting with the love of his life, our Grace, and what's he doing???? Smiling. Cracking jokes. Making everyone else feel better," she captioned a photo of him in his hospital bed at the time. "He's already back to his old tricks ten hours later, talking about napalm and snipers and viruses and blood puddles...."

"Oh, Dad. How amazing it is to watch you whistle through Hell," she continued then.

Earlier this week, the singer shared a throwback photo of herself performing onstage with Moore. She simply captioned the post, "Daddy-Sir."

The throwback post was from the time she performed on MTV in 2007. During the show, he joined her for a song he wrote about his time as a Vietnam War soldier.

"He wrote a song about 40 years ago in Vietnam and I think it's important today because it's a soldier cry," she said before welcoming her "favorite person in the whole world" on stage.

Moore and Pink then performed "I Have Seen the Rain" from her album I'm Not Dead as he played guitar.

In honor of Father's Day 2018, the singer shared a paparazzi photo — and a touching post — of her and her father soon after her brief separation from husband Carey Hart in 2008.

"He has been my person all of my life. He has fought monsters in my closet, and monsters that posed as principals in school buildings, you name it," she wrote at the time. "He has taken on the world for and with me, no questions asked. He made me feel important. He made me think I was worth loving. He taught me how to do it all myself. And when no one else was there, he told me to love myself."

"I thank my stars for this man, that he was strong enough not only to fight his own monsters but mine too, and now my kids," she added then. "I love you daddy sir. ❤️ happy Father's Day"

In 2019, when she received her star on the Hollywood Walk of Fame, Pink shared her dad's advice to her growing up.

Pink's parents Jim and Judy Morore divorced when she was a child. 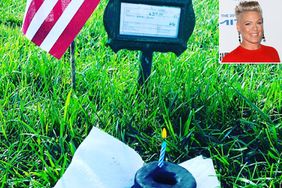 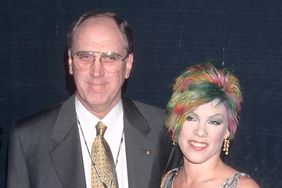 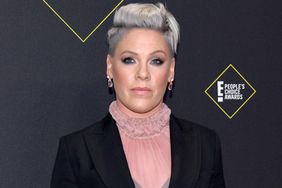 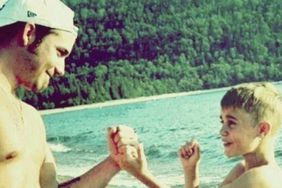