Pegi Young, musician and ex-wife of Neil Young has died at the age of 66 after battling cancer

Pegi Young, ex-wife of Neil Young and a musician in her own right, has died.

The news of her death comes a year after she was diagnosed with cancer. She was 66.

“With great sadness, we confirm that on January 1st, after a year-long battle with cancer, Pegi Young — mother, grandmother, sister, auntie, musician, activist and co-founder of the Bridge School — passed away surrounded by her friends and family in her native California,” a statement from Pegi’s Facebook page read.

“We request that the families’ privacy be respected at this time.”

Pegi is survived by her children with Neil — son Ben and daughter Amber.

Four years ago, Neil filed for divorce from Pegi after 36 years of marriage. The former couple wed in 1978.

Their sad end came after a sweet beginning that led Neil to pen the song “Unknown Legend.” In it, he writes lovingly of their early spark.

“I used to order just to watch her float across the floor,” the song goes. “She grew up in a small town/Never put her roots down.”

He also credited her as his muse for such other songs as “Such a Woman” and “Once an Angel.”

The parents rallied to the aid of their son, Ben, who suffers from cerebral palsy. After they failed to find a school that met their son’s needs, Pegi helped found The Bridge School, and they continued to raise funds for the school each year, holding benefits and inviting their star friends to perform to help students who battled similar severe physical impairments, according to Rolling Stone.

In addition to her work on The Bridge School, Pegi was also known for her music career.

Pegi’s big break came in 1994 when she sang back up for Neil at the Academy Awards on his Oscar-nominated track “Philadelphia,” Billboard reported.

Shortly after, Pegi became a regular backup singer and accompanied Neil on tour.

From Chris Burrous to Aretha Franklin: Remembering the Stars We’ve Lost in 2018

“It told a story,” Pegi previously told Rolling Stone about Raw. “I kind of look at it as a soundtrack to the seven stages of grief. You’ve got anger, then shock and disbelief. As we go through the album, the later songs show my growth and… I can’t say total acceptance, but I think the last song, that wonderful Don Henley song [“The Heart of the Matter”], talks about forgiveness. That’s really where it’s at, you know?”

A representative for Neil did not immediately respond to PEOPLE’s request for comment. 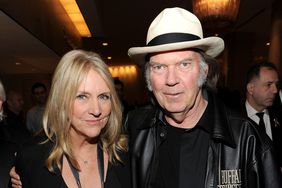 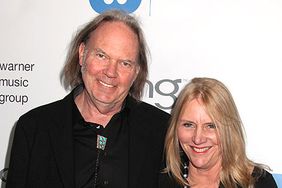