"George has entered that tree for me," the rock icon told radio host Mary Louise Kelly, "I hope he's happy with that"

The rocker, 78, recently shared that he regularly communicates with his late Beatles bandmate by talking to him through an evergreen coniferous tree that Harrison gifted him before his death. Though Harrison died at 58 in 2001 following a battle with lung cancer, the timber continues to grow near McCartney's Peasmarsh home on his East Sussex estate, located in England.

"George was very into horticulture, [he was] a really good gardener," the "Live and Let Die" singer said on NPR's All Things Considered. "He gave me [the] tree as a present. It's a big fir tree and it's by my gate."

"As I was leaving my house [on the morning of Dec. 18], I got out of the car close the gate and looked up at the tree and said, 'Hi, George,'" McCartney detailed. "There he is, growing strongly ... That takes me back to the time when I hitchhiked with him! [George and John Lennon still have] an ever-present presence."

McCartney continued: "It's lovely. He gave it to me, so I just planted it. But then, as the years go by, every time I look at it I go, 'That's the tree George gave me.' George has entered that tree for me. I hope he's happy with that."

Paul McCartney Lost the Songs That Jimmy Fallon Once Sent Him: 'They Were Good'
Paul McCartney Says Taylor Swift Moved Album Release to Avoid Competing with His: 'Nice Thing to Do'

Though McCartney is almost 80 years old, the star is still making new music throughout COVID-19 times. He released his latest album, McCartney III, earlier this month.

He said during NPR's radio show: "I was very lucky to be able to come to my studio and make some music, which took the edge off the whole quarantine thing. I would write a song, then I'd come in and record it. Or I'd say, 'Wait a minute, what about that song I started last year, but never got round to finishing?' So there was no worry attached [to my creative process]. If you're making an album, what you might call a proper album, you're concentrating on making sure it's right. [But with] this project, I wasn't concentrating [on that]. I was just [saying to myself], 'Sounded good? Right. On to the next thing.' It's got a very loose feel to it. 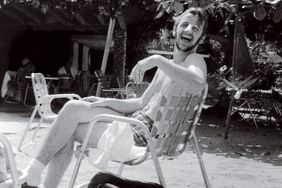 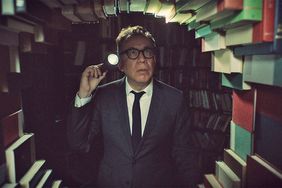