Why Paul McCartney He Didn't Keep the Beatles Going with George Harrison and Ringo Starr: 'You're Hurting Too Much'

"We'd been through too much and we were just fed up with the whole thing," Paul McCartney said

Paul McCartney is getting candid about the Beatles‘ unexpected breakup in September 1969 — including why three of the four members didn’t continue on as a group together.

In an interview on The Howard Stern Show Tuesday, Stern, 66, asked McCartney, 77, why he, once John Lennon left the English rock band, did not move forward with remaining members George Harrison and Ringo Starr.

“I think in a way maybe you even underestimated how great George Harrison was in terms of a songwriter,” Stern said of the late musician, who died of lung cancer in 2001. “Yes he had contributed songs, but you and John wrote the majority of this stuff.”

“But think about it, it would’ve been a combination of your solo material from that first album, it could’ve been his “All Things Must Pass” material, and the Beatles would’ve been mind-blowing great still,” Stern told McCartney.

However, McCartney said that the musicians’ emotions at the time was too much to overcome.

“I hear what you are saying, but the thing is Howard, you know that’s like a family,” he explained. “When families break up, it’s to do with the emotion and the emotional pain. You can’t just think of a smart idea like that at the time. You’re hurting too much, and so it wasn’t going to happen.”

“You know, we’d been through too much and we were just fed up with the whole thing,” he added. “But I hear your point.”

The Beatles’ Breakup: Inside Their 1969 Split — and How They Kept It a Secret for Months

Both men also agreed that Harrison, who was the band’s lead guitarist, may have been underestimated as a songwriter at the time.

“It was easy to underestimate George because me and John, like you said, had always written most of the stuff and had most of the singles and George was a late bloomer as far as writing was concerned,” McCartney said. “He wasn’t that interested in the beginning, but then he started to get interested and boy did he bloom. You know, he wrote some of the greatest songs ever.”

Both men then name dropped “Here Comes the Sun,” which Harrison wrote and remains one of the Beatles’ most iconic songs.

“‘Here Comes the Sun.’ How appropriate is that for now?” McCartney said.

The Beatles’ Abbey Road at 50: The Most Fascinating Revelations from the Expansive Box Set

As the last two surviving members of the band, McCartney and Starr, 79, teamed up in September for a rendition of Lennon’s “Grow Old with Me.” The track was one of the final songs Lennon wrote before he was fatally shot in 1980.

Starr said in a statement that month he still gets emotional when thinking about his late bandmate and friend.

“The idea that John was talking about me in that time before he died, well, I’m an emotional person. I just loved this song. I sang it the best that I could. I do well up when I think of John this deeply,” he said in a statement.

“I’ve done my best. We’ve done our best,” Starr shared. “The other good thing is that I really wanted Paul to play on it, and he said yes. Paul came over and he played bass and sings a little bit on this with me. So John’s on it in a way. I’m on it and Paul’s on it.” 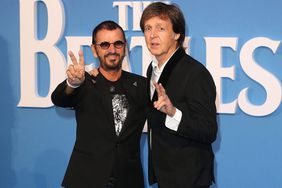 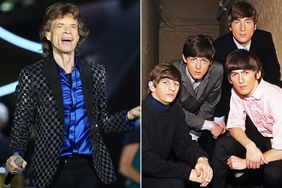 Mick Jagger Weighs in on Age-Old Rolling Stones Versus the Beatles Debate: 'No Competition' 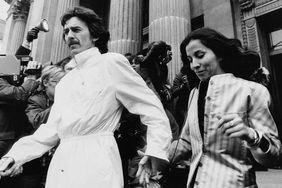