"I do what I can in my own way to continue my godmother's commitment to the cause," Paris Jackson writes. "In my heart, I know someday her greatest wish will be granted"

As a young girl, Paris Jackson remembers Elizabeth Taylor's visits to see her father Michael Jackson. Back then, she saw her godmother as a magical figure with jewelry that sparkled and a cat named Fang.

Only 12 years old when the actress died in 2011 at age 79, Paris learned, over time, about the star's true passion — her mission to fight the ignorance and fear surrounding HIV and AIDS and her lasting legacy as the founder of The Elizabeth Taylor AIDS Foundation.

Now 23 years old, Paris is an ETAF Ambassador. In 2017, Paris traveled to Malawi to learn about their efforts in remote areas of the globe. And now in honor of ETAF's 30th anniversary — and to mark World AIDS Day, the singer-songwriter shares her memories of a godmother like no other with PEOPLE.

Obviously, I was a little girl at the time, so I can't share any conversations or specific recollections I had with my godmother. But in my mind's eye, I can recall my dad speaking with Elizabeth on a few occasions at our home in Encino.

They would sit in the living room and have conversations alone. She was very pretty and wore sparkling necklaces and rings. Most of the time when I would walk into the living room to say "Goodnight," I was aware of the fact that most of the people who came to see my father looked like business people and they were almost always men.

Elizabeth was an exception. I did not know who she was or what she did, and it would be years later that I found out. At the time I just remember how I always wanted to bring her little gifts when we would visit her, like plush toys or bracelets I had found. Most of the time, I just sat on the floor of her bedroom with her cat, Fang, while she and my father caught up.

When I grew older and started getting involved in activism myself, I learned of her tireless efforts to end HIV. I surmised that was a major reason for her coming to see my dad. She enlisted his help and neither of them ever wavered from that goal. In recent years, I've learned that he supported Elizabeth and the cause with his time, celebrity and donations. He appeared at her 65th birthday celebration in 1997 which supported ETAF.

I felt a compelling need to be part of that effort and always will.

Recently, at a fundraiser for The Elizabeth Taylor AIDS Foundation, I came across some of the people who have been committed to HIV research since Elizabeth brought it to public attention. She was one of the first prominent figures to come forward to inform the public.

Today, there is still no cure, no vaccine and the drugs that people take to prolong their lives are costly and not readily available in Africa and countries around the world where people are still suffering and dying.

I do what I can in my own way to continue my godmother's commitment to the cause.

In my heart, I know someday her greatest wish will be granted.

Last year, ETAF launched a new initiative, HIV Is Not a Crime, in partnership with Gilead Sciences, focusing on the modernization of criminal laws and penalties for people living with HIV. 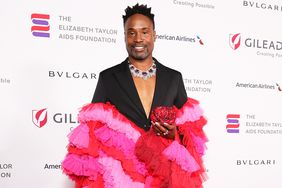 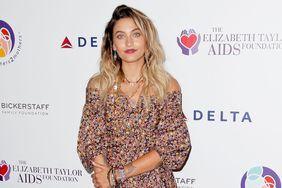 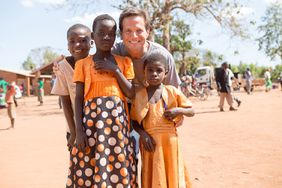 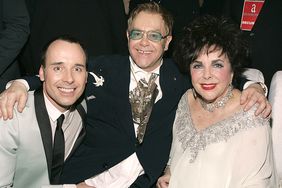 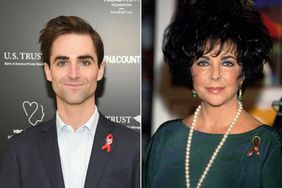 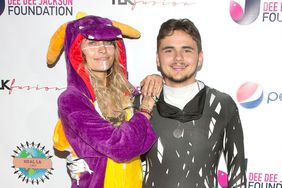 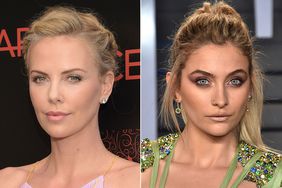 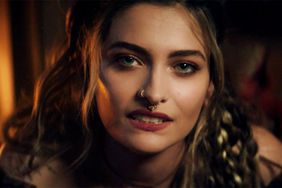 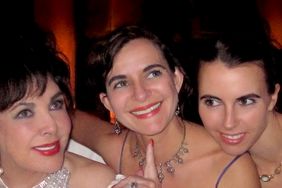 25 Years After Elizabeth Taylor Wore the AIDS Ribbon to the 1992 Oscars, Her Grandchildren Carry on Her Fight 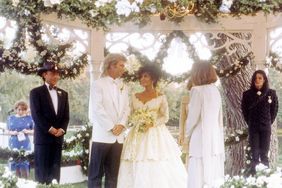