"I've known I've had Parkinson's since 2003," Ozzy Osbourne revealed of his diagnosis

Ozzy Osbourne is facing his ongoing health battle head on.

During a recent interview with RADIO.COM, the 71-year-old star revealed that he’s been quietly dealing with his Parkinson’s disease diagnosis for much longer than the public has known.

“I’ve known I’ve had Parkinson’s since 2003,” he revealed. “It’s not a death sentence…It’s a mild form of Parkinson’s at the moment. I’m not shaking.”

“The doctor told me that I probably walk by 10 people a day who have got it and don’t even know they’ve got it,” he added. “You don’t get a pimple on your forehead, you just start walking a bit funny I suppose.”

The rockstar also firmly stated that his North American Tour — which was canceled Monday — is instead just delayed.

“[The tour is] postponed…I cannot go out on the road, until I’m 100 percent confident that I can pull it off, because if I go out now, and I can’t carry on, people are gonna think I’ve lost the plot, you know,” he explained.

“So, I’m not gonna go out there until I can give them the show that I want to give them,” he added. “Because it’s not fair to them … I’m intending on going back on the road. I don’t wanna go out and go ‘eghl’ and fall over the first song, you know?”

On Monday, he announced in a statement that his tour “has been canceled to allow Osbourne to continue to recover from various health issues he has faced over the past year.”

Some of those health issues include his battle with pneumonia last year. The rockstar underwent surgery in March 2019.

“I can’t believe I have to reschedule more tour dates,” Osbourne said in a statement at the time. “Words cannot express how frustrated, angry and depressed I am not to be able to tour right now. I’m grateful for the love and support I’m getting from my family, my band, friends and fans, it’s really what’s keeping me going.”

He was also diagnosed with a severe upper-respiratory infection last February, his rep said in a statement at the time. He also underwent hand surgery at Los Angeles’ Cedars-Sinai Medical Center in October 2018.

Osbourne then suffered from a terrible fall on New Year’s Eve 2018. “I did my last show New Year’s Eve at The Forum. Then I had a bad fall,” he said during a recent appearance on Good Morning America alongside his wife Sharon. “I had to have surgery on my neck, which screwed all my nerves.”

The star has been hard on himself throughout his health struggles.

“Coming from a working-class background, I hate to let people down,” he said. “I hate to not do my job. So when I see my wife goin’ to work, my kids goin’ to work, everybody’s doing — tryin’ to be helpful to me, that gets me down because I can’t contribute to my family, you know.” 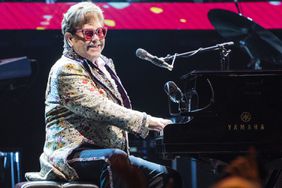 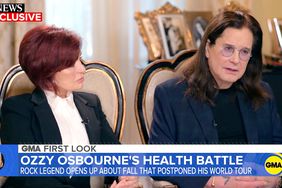 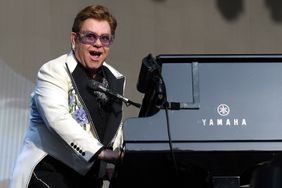 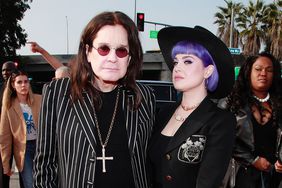 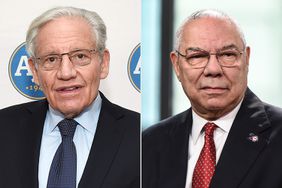