"I love songwriting more than putting out songs," Rodrigo told Billboard in their most recent cover story

Olivia Rodrigo is a songwriter above it all.

The High School Musical: The Musical: The Series star shines bright on the cover of Billboard this month as she opens up about her biggest passion: writing songs. With her upcoming album Sour coming later this month, Rodrigo says she doesn't want her artistry to just be focused on heartbreak à la "Drivers License."

"At first I was like, 'I don't want to do this. I don't want to be pigeonholed,' " said Rodrigo, 18, about dropping breakup track "déjà vu" as a follow-up to her debut, saying she was typecast as "the heartbreak girl."

"I'm a songwriter who writes from a place of authenticity and truth," she continued. "And truthfully, love and happiness and everything weren't feelings that I was feeling at the time. And what's the point of putting out a record if it isn't something that you feel is important to say to people?"

In the interview, Rodrigo spoke about her ultimate passion: songwriting, and allowing that to take her wherever it does, even if it doesn't lead her to "commercial success."

Listen below to the episode of our daily podcast PEOPLE Every Day for more on why Olivia Rodrigo doesn't want to be known as the 'heartbreak girl'.

She shared that one day she'll like to take a pause from putting out her own music to write for others since lyric-making is more her thing.

"The second the album cycle for this is over and I'm not traveling, that's the one thing that I want to do so bad," she said. "I always said that I wanted to do that: Maybe when I was, like, 30 or something and I had kids — I'd stop making music and just write for other people."

Rodrigo also shared the moment she played her debut track "Drivers License" for her father for the first time.

"I could just see the tears under his sunglasses — and I like, never see my dad cry, ever," she said. "I was like, 'Oh, OK, maybe I did something here.' "

The new cover with Billboard comes just a day after Rodrigo performed her hit at the 2021 Brit Awards, where she got to meet up with her songwriting idol Taylor Swift, who received the Global Icon award at the Brits. 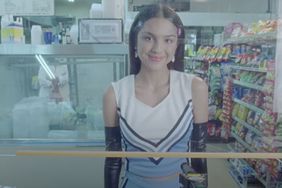 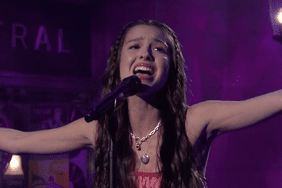 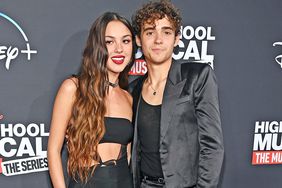