Offset is opening up about his controversial decision to crash Cardi B’s concert stage and beg his wife for forgiveness after their split last year.

The rapper, 27, appeared on The Ellen DeGeneres Show on Friday, where he talked to host Ellen DeGeneres about why he chose to go public with his apology to Cardi B back in December.

Offset added that he and Cardi’s busy schedules are part of why he felt like he had to pull out all of the stops.

“We have schedules and we have shows and I just felt like … I can’t give that break between time, so it’s my forefront, I step to it as a man to say I’m wrong,” he said. “I step to it as a man, and you don’t have to take me back but I just want you to know I love you and I care and I’m putting it all out on the table.”

The Migos member added that he had asked Cardi, also 26, to marry him in public as well.

“I asked her to marry me in Philadelphia at the radio show in front of 60,000 people,” he said. “And when I did that, they were like, ‘Oh why’d he do that?’ Because it’s my affection showing; I’m not hiding it. I’m not hiding my affection for you, that’s all. That’s just me being vulnerable, I guess.”

Cardi B’s Husband Offset Begs for Her Forgiveness, Says It’s All He Wants for His Birthday

During one of Cardi’s concerts in December, stagehands rolled out boxes of roses that spelled out “Take Me Back Cardi,” before Offset appeared, carrying a bouquet of white flowers. The “Take Me Back Cardi” flower arrangement from Venus ET Fleur was worth $15,000, the company later confirmed to PEOPLE.

Cardi seemed irritated as she responded to Offset at length — off of the microphone — and after she seemingly made her point, Offset walked off the stage, and stagehands wheeled off his tribute to her.

RELATED VIDEO: Cardi B Is Making Her Debut Appearance On The Big Screen

Fans criticized the rapper for the public stunt, but Offset addressed his move on social media at the time, tweeting, “All of my wrongs have been made public, I figure it’s only right that my apologies are made public too.”

Cardi also addressed the speculation in a since-deleted video, saying that fans slamming her “baby father” was “not going to make me feel any better.”

“It became public, and I just want things to die down, I just need time so we can see eye to eye. I can’t predict the future, I don’t know,” she said.

Of course, the couple has since reconciled. In January, PEOPLE confirmed the pair, who shares daughter Kulture Kiari, 8 months, was back together.

In February, Cardi told PEOPLE they are “just taking things slow. We have a baby right now. That’s like our real big focus.” 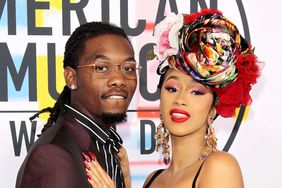 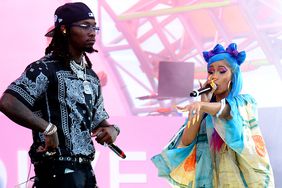 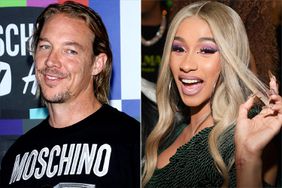 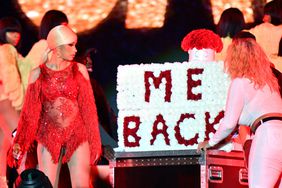 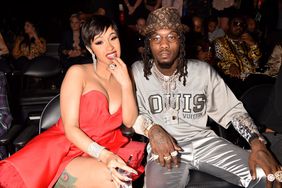 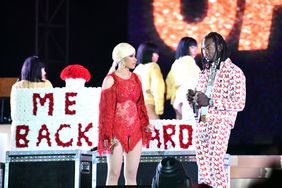