What goes on in the bedroom doesn’t always stay there.

Opening up to her fans on Twitter, Nicki Minaj replied to a comment suggesting that she and her controversial new boyfriend, Kenneth “Zoo” Petty, couldn’t count the amount of times they had sex every day on one hand.

“Nicki probably getting d— 6x a night and giggles when y’all keep saying 3,” the fan wrote.

In response, the “Barbie Dreams” rapper, 36, set the record straight, clarifying that while they were definitely keeping busy, she has her limits.

Minaj has previously revealed that three times is her magic number, telling Ellen DeGeneres in September, “if you can’t hang, goodbye. I’m not wasting my time.”

Although Minaj and Petty only became Instagram official in December, the rapper went on to hint that the couple are in it for the long haul.

In response to a fan who inquired whether Minaj needed any suggestions for baby names, the hitmaker replied that the couple, who have known each other “since we were very young kids,” had “already chose them babe. Lol but thx.”

While Minaj is clearly happy with her new relationship, shortly after she went public with her new man, the rapper’s fans slammed her for being with Petty given his questionable past.

Petty is a level two registered sex offender in New York, which means he’s considered at “moderate risk of repeat offense” and will be required to register as a sex offender for life.

Addressing her boyfriend’s past, Minaj responded to a fan in the comments section of one of her Instagram posts, writing, “He was 15, she was 16 … in a relationship. But go awf Internet. Y’all can’t run my life. Y’all can’t even run y’all own life. Thank you boo.”

According to outlet, Petty plead guilty to the manslaughter charge in March 2006 and served seven years in prison after being sentenced to 10. Petty was released in May 2013, and had been on supervised release for five years until May of this year, records accessed by PEOPLE show.

According to TMZ, Minaj and Petty, who have known each other since they were teenagers, first dated when she was 16 years old and living in Queens, New York City. The outlet also reported that Minaj has referred to him as “one of her first loves” and is “confident he’s matured” over the years. 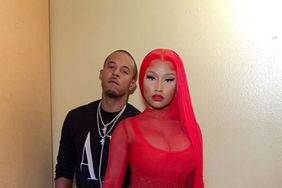 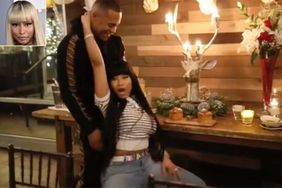 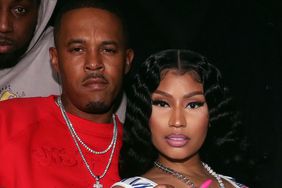