Miley Cyrus' new song "Cattitude" contains the lyric, "I love you Nicki, but I listen to Cardi," in reference to the two rappers' feud

In Friday’s episode of her Apple Beats 1 show, Queen Radio, the rapper, 36, appeared to respond to Cyrus’ new song “Cattitude,” which includes the lyric: “I love you Nicki, but I listen to Cardi.”

The line references Minaj’s feud with fellow rapper Cardi B, which escalated in a heated dispute at the Harper’s Bazaar Icons Party during New York Fashion Week in September.

“A Perdue chicken can never talk s— about queens,” Minaj said in response to a question about 26-year-old Cyrus. “But I do notice a lot of Perdue chickens recently have been trying to say the queen’s name for clout. And that’s always been happening.”

The rapper added: “That’s what [Cyrus] did in the first place. And then the white girl cried and made the black girl seem like she was a bad guy. In the first place, she disrespected me in a magazine article for no reason.”

Minaj also made a reference to Cyrus’ Black Mirror alter ego, Ashley O. “Now you comin’ out with pink wigs, all you bitches want to be Nicki. This is the problem,” she said.

Minaj and Cyrus’ feud dates all the way back to 2015, when the “Wrecking Ball” singer called Minaj “not too kind” in an interview with the New York Times.

In August 2015, the rapper then called Cyrus out in her VMAs acceptance speech, saying, “This bitch that had a lot to say about me the other day in the press — Miley, what’s good?”

After teasing her song “Cattitude,” Cyrus sat down with Roman Kemp on his radio show Capital Breakfast last month to clarify the controversial lyric about Minaj and Cardi, telling the DJ “they’re both queens.”

“I think what they do is so different from each other. That’s why they both get a crown. They don’t have to share. They don’t have to break it in half. There’s no reason to fight over it,” she said. “They’re both queens. And anytime you want to feel powerful and strong, that’s my go-to: Cardi and Nicki.”

The rappers’ feud appears to be a thing of the past, as Minaj tweeted in October, “Let’s focus on positive things only from here on out.”

In the same Friday episode of Queen Radio, Minaj revealed that she and her boyfriend Kenneth Petty have gotten a marriage license.

The two have been officially dating since December of last year, according to Minaj’s Instagram, and Petty stars with Minaj in her newest music video, for the song “Megatron,” which dropped on Friday.

The video features Minaj and Petty getting steamy in a hot tub as she sings, “I f— him like I miss him/ He just came out of prison,” which could be a reference to Petty’s criminal record. He is a registered sex offender in the state of New York and served time in prison for manslaughter. 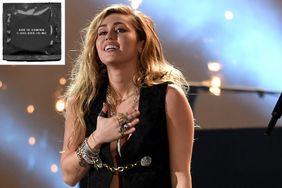 Miley Cyrus Is Selling Her Own Line of Condoms — for $20 Each! 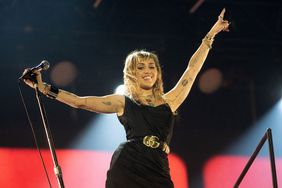 Miley Cyrus Raps 'I Love You Nicki, but I Listen to Cardi' in New Song 'Cattitude' 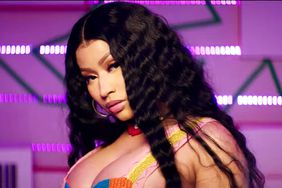