Nick Jonas and Priyanka Chopra are heating up.

After sources confirmed to PEOPLE the entertainers struck up a romance in recent weeks, the new couple landed together in New York City on Friday and were photographed together at JFK airport.

Both stars held onto Starbucks drinks and kept their sunglasses on as they made their way through the terminal.

Jonas, 25, was dressed down in a T-shirt, skinny jeans and denim jacket while Chopra, 35, looked glam in a cropped pink knit top and wide-legged pants. The Quantico actress accessorized with white peep-toe heels and a Tod’s handbag.

Earlier this month, the duo stepped out for a dinner date in L.A. at West Hollywood hot spot Toca Madera.

‘Flirtatious’ Nick Jonas and Priyanka Chopra Are ‘Hanging Out All the Time,’ Says Source

“They were very affectionate with each other and seemed to not care who saw,” an onlooker told PEOPLE. “Priyanka ran her hands through his hair at one point and they were laughing and even dancing to the music.”

An insider previously told PEOPLE Jonas and Chopra stayed in touch after hitting it off last year but have been heating up over the last several weeks.

“They’re flirtatious and have been hanging out and text all the time,” said the insider, who added that the relationship is still “very casual.”

On Wednesday, the duo got flirty on Instagram when Chopra left a cheeky comment on a video Jonas shared of himself with a koala bear. “Who is cuter?” Chopra asked in her comment with a laugh emoji.

Last year, the entertainers posed together at the Met Gala but Chopra later explained they were merely both dressed by Ralph Lauren.

“Are you dating Nick Jonas? Isn’t he like 11 years old?” Jimmy Kimmel joked with the actress when she stopped by his late-night show.

“We were both wearing Ralph Lauren and we decided to go together. I didn’t ask his age. Eleven? I didn’t know that,” Chopra responded. “Yeah, we were on the same table and we already know each other. So he was like, ‘Hey, you wanna go together?’ And I was like ‘Yeah, okay, let’s go together.’ It ended up working out.” 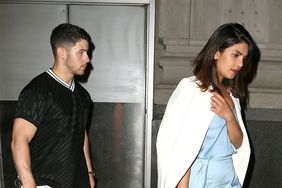 Nick Jonas and Priyanka Chopra Pack on the PDA During Dinner Date: 'They Were Very Affectionate,' Says Source 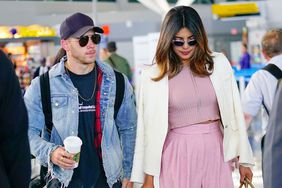 Heating Up! Nick Jonas Brings Priyanka Chopra as His Date to Cousin's Wedding

Nick Jonas and Priyanka Chopra Continue to Flirt on Instagram: 'Who Is Cuter?' 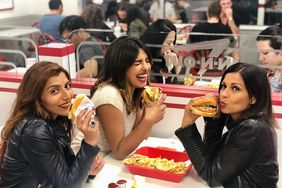 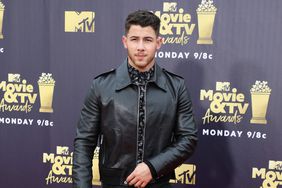 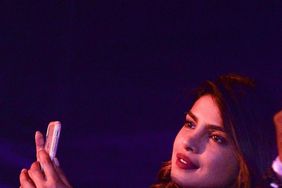