Nick Jonas knows The Jonas Brothers‘ six-year hiatus was necessary for them to make their incredible comeback.

The new Voice coach, 27, said on Today Tuesday morning that he and his brothers Joe, 30, and Kevin, 32, know their current success as a band wouldn’t have happened without their 2013 breakup.

“No, I don’t think it was possible and that’s the thing we’re all aware of,” Nick said.

“When the band split up, I think it was important for us to go on this journey to just see who we were as people,” he said. “Inevitably it led us back to each other, which is a dream scenario for family. But this kind of has exceeded all our expectations.”

Nick Jonas Says Jonas Brothers Will Continue to Make New Music: Break Up ‘Not in Our Vocabulary’

Nick added that his success as a musician is even better being beside his two brothers, all of whom are now married.

“Who gets to share their memories with their families like this?” he said. “Travel the world? We all realize how fortunate we are. And the fact that things weren’t so good and we found a way to make it good once again to share this incredible journey.”

The three brothers have been open about their reprieve as a band over the years.

In an interview with CBS This Morning in May, Nick — who has previously admitted that he was responsible for breaking up the band — said he feared that Joe and Kevin, “would never speak to me again.”

“To call it creative differences is almost too simple,” Nick said. “And I think a lot of people lost the appetite for what we were putting into the world. So, you know, we were putting up shows that weren’t selling. We were making music that I don’t think we were all super proud of, and it wasn’t connected.”

“So I had a very tough conversation with them where I laid it out for them,” Nick explained. “I said, ‘You know, I feel like the Jonas Brothers should be no more, and we should go on individual journeys.’ And it didn’t go so well.”

RELATED VIDEO: Nick, Joe and Kevin Jonas Recreate Classic Films with Their Wives for ‘What a Man Gotta Do’ Video

However, the trio eventually reunited and kicked off their comeback in February 2019 with their hit “Sucker” and its music video, which starred their wives Priyanka Chopra Jonas, Sophie Turner and Danielle Jonas. The wives also appeared in the video for “What a Man Gotta Do,” released last month.

The trio just recently wrapped their 80-plus date global Happiness Begins Tour in Paris. And in April, they’ll take their act to Las Vegas for a limited nine-date residency at PARK MGM. 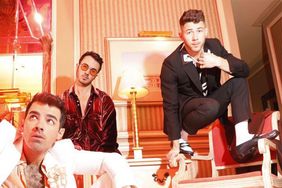 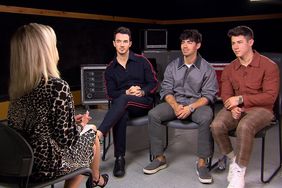 Nick Jonas and Priyanka Chopra 'Excited' to Be Parents, 'Wanted a Baby for Some Time': Source