Horan and Steinfeld's longtime friendship has turned romantic but they're taking it slow, a source tells PEOPLE exclusively

Niall Horan and Hailee Steinfeld sparked romance rumors over the weekend when they were spotted singing and dancing together at a Backstreet Boys show, but the duo aren’t officially dating just yet.

A source close to the stars tells PEOPLE exclusively Steinfeld recently split from her longtime boyfriend and isn’t quite ready to jump into a new romance.

“She’s not actively pursuing anything,” explains the source. “Niall is really into her but she’s unsure if she wants to get into something new right away.”

For now, the actress, 21, and the former One Direction singer, 24, are happy spending time together.

“They’ve been friends for a long, long time and are very comfortable with each other,” adds the source. “But it’s nothing serious right now.”

After having a blast at the Backstreet Boys’ concert in Vegas on Saturday, the duo headed to XS Nightclub at the Wynn hotel to continue partying with a group of friends.

“They sat together at a stage table taking in Diplo‘s deejay set and sipped on Absolut Elyx cocktails,” says an onlooker.

In December, the “Slow Hands” singer gushed about Steinfeld on Instagram for her birthday. “Happy birthday to the loveliest person on the planet and one of my best friends,” he captioned a photo of them. “Have no idea what the hell is going on in this photo. Love ya hails.” 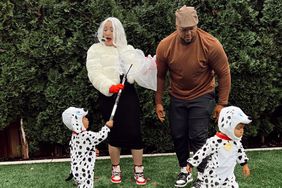