'Glee' 's Naya Rivera Returns to the Classroom for a Sexy Dance with Ne-Yo in Step Up: High Water

Naya Rivera is transitioning from Glee club student to teacher in Step Up: High Water, the new 10-episode YouTube Red series based on the Step Up film franchise

Naya Rivera is back in the classroom in a whole new role, and PEOPLE has the exclusive first look.

The 31-year-old Glee actress is transitioning from student to teacher in Step Up: High Water, the new 10-episode YouTube Red series based on the Step Up film franchise.

Executive produced by original Step Up stars (and real-life couple!) Channing Tatum and Jenna Dewan-Tatum as well as Step Up director Adam Shankman, Step Up: High Water turns the spotlight on a contemporary performing arts school in Atlanta and the lives of several ambitious young dancers.

In the clip, Rivera and Ne-Yo get down and dirty on the dance floor, choreographing a sultry number together.

“I think you’re holding back,” she tells him after working out a few moves, a suggestion that inspires Ne-Yo’s character to turn up the heat.

Elsewhere in the series — which is Rivera’s first since Glee — fans can expect to hear songs from Atlanta–based artist 2 Chainz , as well as new tunes from four-time Grammy-winning singer/songwriter Jason “PooBear” Boyd and “Jingle” Jared Gutstadt. 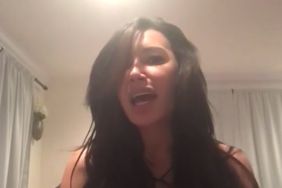 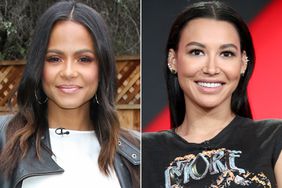 Christina Milian Cast in Naya Rivera's Role in 'Step Up' Series: 'I Have Massive Shoes to Fill' 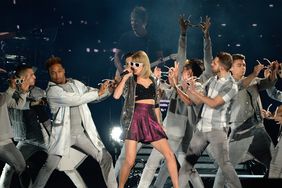