Timolin and Casey Cole will lean on each other to celebrate the holiday season.

Two years after the sudden New Year’s Eve death of their sister, the talented R&B and jazz star Natalie Cole, and four months after a heart attack took the life of her only son Robert “Robbie” Yancy this past August, the twins find strength in being together.

“We were brought into this word for a reason and are blessed to have each other,” Timolin told PEOPLE during their annual Nat King Cole Generation Hope gala Thursday at The Breakers Palm Beach in Florida.

Adds Casey: “There is no certainty in life, and we must go on. We comfort each other, but the holidays are the hardest.”

Since the twins, 56, got the call that their beloved Natalie had died of congestive heart failure at 65, New Year’s Eve remains the most difficult of the December holidays to endure.

“New Year’s Eve is so hard for us,” Timolin tells PEOPLE.“But we have many wonderful memories of the holidays in Los Angeles with her. This year is especially bittersweet after Robbie’s death so soon after Natalie’s.”

For their holiday celebration this year, the twins will meet in New York City to attend the Pinstripe Bowl (Boston College vs Iowa) on Dec. 27 at Yankee Field. Casey’s son Wyatt Ray, 21, is a Defensive End for Boston, and the girls want to be there to support him.

“Timolin and I will have brunch then enjoy the football game together,” says Casey. “We are rarely apart.”

Before Timolin flies to New York to meet her sister, she will host Christmas Eve in her Boca Raton home with her husband, grown sons Justin, 19, and Julian, 21, and some select friends and their young children. (Timolin wants to talk “Santa” with them.)

“Casey is going to New York a little early because there is an activity for her son and the moms before the game, so I plan to have lots of food and music here in Florida before I leave,” says Timolin.

“I will go all out for dad this year. Plus, Natalie always loved Christmas Eve. It was magic for her.”

Timolin will prepare an Italian turkey lasagna and some Jamaican dishes, and Casey promises to leave them with a big dish of her delicious collard greens. Christmas Eve will come alive when Timolin plays her dad’s popular tearjerkers like “Hark the Herald Angels Sing,” “The Christmas Song,” and “I Saw Three Ships.”

“We don’t want to get really sad by playing too many of dad’s songs,” says Timolin. “But he is an icon, and it isn’t the holidays without hearing him sing.”

The rest of the year the twins work full time on The Nat King Cole Generation Hope, which provides music education to children with the greatest need and the fewest resources. They fund programs which provide for instruction, mentoring and resources.

Two of these children’s groups performed during the gala’s cocktail hour.

“Watching these talented young children sing while imagining what they will do in the future is our greatest joy,” says Casey.“We know they are receiving a quality music education through our efforts. So our work is a labor of love. Dad would be proud.” 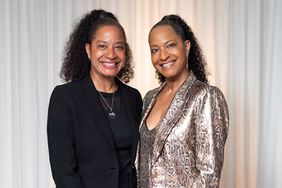 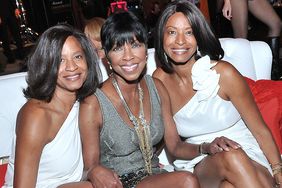 Natalie Cole's Sisters Prepare for the First Christmas Without Her: 'The Sadness We Feel Is Indescribable' 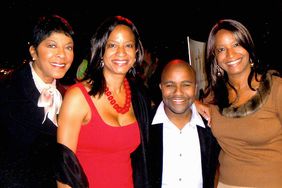 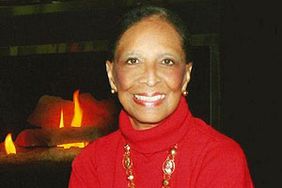