MTV Cut Julia Michaels' VMAs Performance of 'Issues' Short, and the Internet (and Adam Levine) Is Fired Up About It

"Julia Michaels gets cut off while she's singing and Lorde gets to NOT sing her whole song," the Maroon 5 frontman tweeted

Breakout singer (and all-around songwriting genius) Julia Michaels took the stage to make her MTV Video Music Awards debut Sunday night, but the network cut her screen time short — much to the chagrin of Adam Levine and many Twitter users.

Shortly after Best New Artist finalist Michaels kicked off her performance of her hit single “Issues,” MTV dropped the sound and began announcing upcoming show highlights via voiceover before cutting to commercial.

Michaels, 23, released her first EP, Nervous System, this summer and has cowritten some of the biggest pop songs of the past five years, from Justin Bieber‘s “Sorry” to Selena Gomez‘s “Hands to Myself.”

A-listers and the Internet alike were left up in arms and sounded off on MTV’s abbreviated coverage of Michaels.

“Julia Michaels gets cut off while she’s singing and Lorde gets to NOT sing her whole song,” Maroon 5 frontman Levine tweeted of the awards. (After tweeting about having the flu, Lorde took the stage to dance to, but not sing, her entire Melodrama track “Homemade Dynamite.”)

Levine’s wife, model Behati Prinsloo, also tweeted in outrage, posting: “Wow @vmas thanks for talking over then cutting to commercial half way through #juliamichaels performance.”

“Why did you guys cut the Julia Michaels performance? That was rude. C’mon @MTV @VMAs, we want to see talent,” another fan tweeted.

Added another: “we don’t deserve julia michaels she’s so pure and gave our faves bop after bops.” 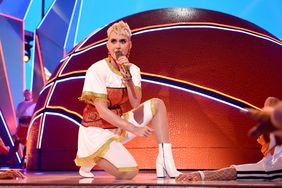 5 Celebs Who Threw Major Shade at the 2017 MTV VMAs 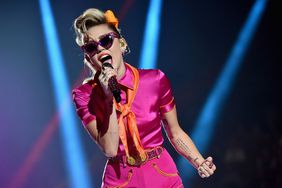 All the VMAs Performances You Have to See 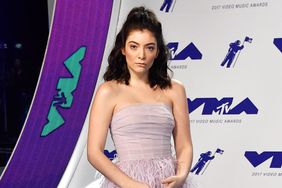 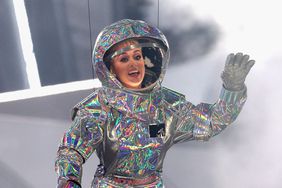 The Greatest, Most Emotional & Unexpected Moments of the 2017 MTV VMAs