Machine Gun Kelly is set to perform his new song "papercuts," while Camila Cabello will hit the stage for "Don't Go Yet"

2021's biggest stars will be performing at this year's MTV Video Music Awards!

On Wednesday, MTV announced that Olivia Rodrigo, Machine Gun Kelly, Lil Nas X, Camila Cabello and Lorde will all be among the performers at the 2021 VMAs on Sept. 12.

Both Machine Gun Kelly and Rodrigo will make their VMA stage debut with their performances. Kelly will hit the stage for a world premiere of his song "papercuts."

The "Deja Vu" songstress is a first-time nominee and is up for five awards while Kelly is up for best alternative artist, the same category he won last year.

Cabello makes her return to the VMAs stage two years after performing "Señorita" with Shawn Mendes in 2019. She'll perform her high-energy single "Don't Go Yet" from her upcoming third album Familia.

Meanwhile, Lorde will bring a world premiere performance of a track from her album Solar Power out Friday. She last performed at the 2017 VMAs. Lil Nas X also makes his return to the VMA stage after performing "Panini" in 2019."

Lil Nas X is among the contenders for video of the year — the top prize of the night — for his "Montero (Call Me By Your Name)" music video. Cardi B and Megan Thee Stallion's "WAP," DJ Khaled and Drake's video featuring Justin Bieber "POPSTAR," Doja Cat and SZA's "Kiss Me More," Ed Sheeran's "Bad Habits," and The Weeknd's "Save Your Tears" are also up for the award.

As for the artist of the year category, Ariana Grande, Doja Cat, Taylor Swift, Rodrigo, Bieber and Megan Thee Stallion are up for the award.

The MTV VMAs are set to air live from New York City on Sept. 12. 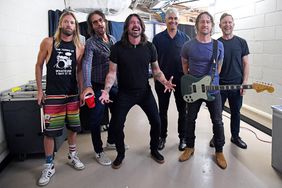 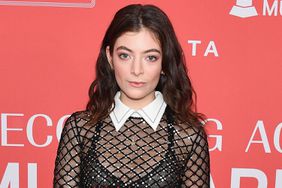