Mindi Abair and The Boneshakers are set to release their third studio album, No Good Deed, on June 28

The Grammy-nominated musician and her band, The Boneshakers, cover the late R&B legend’s “Seven Day Fool” on their forthcoming new album, No Good Deed — and PEOPLE has the exclusive premiere of the track.

“Her version of ‘Seven Day Fool’ was the first, and it’s classic Etta James,” Abair, 50, tells PEOPLE. “We took it and made it ours, adding a little dirt and rock ’n’ roll to it. It’s sexy and fun, and even though I’m all about women’s empowerment, I love this song because it’s all about a woman working for her man’s love. Love is a two-way street, and it’s fun to sing about making your man know you want him!”

“Seven Day Fool” was recorded by James in 1961, and it was originally written by songwriter Billy Davis. As Abair sees it, James not only inspired her but also a “whole generation of singers in R&B, rock ’n’ roll, blues and soul” through her music.

“Etta James is a force of nature,” Abair says. “Her voice is warm and full, and I believed every word she sang. I saw her perform live once, and she touched herself on stage throughout the concert as she sang. This was a woman that lived every lyric and made you feel it as much as she did.”

Abair and The Boneshakers — which consists of Randy Jacobs on guitar, Rodney Lee on keys, Ben White on bass and Third Richardson on drums — are set to release No Good Deed, their third studio album, on June 28. The 10-track record was recorded in Los Angeles in just five days.

“It’s really the way that we love to make records,” Abair said in a press release. “We’re all in the studio at the same time and we’re really cognizant of how we want to capture and keep that spirit, that energy, that chemistry — because sometimes you can lose it after playing through a song too many times — it’s just not the same, because you’re thinking about it too much.”

Other covers on the album include Ike and Tina Turner’s “Baby, Get It On,” the Young Rascals’ “You Better Run” (which was made into a mega hit by Pat Benetar), Storyville’s “Good Day for the Blues” and Melody Gardot’s “Bad News.” Their original songs include titles such as “No Good Deed Goes Unpunished,” “Sweetest Lies,” “Mess I’m In,” “Movin’ On” and “Who’s Gonna Save My Soul.”

“We’ve got a lot of years together as a band,” Abair said. “And what you hear on No Good Deed drips of me and The Boneshakers but also unveils variations of where the band can go. We pushed into other spaces that we’re really comfortable in — we just hadn’t showed them to the world yet.”

Before she and The Boneshakers were a band, Abair was best known as an award-winning saxophone player and for playing with bands like Aerosmith and Duran Duran. Between 2011 and 2012, Abair also stole the spotlight as the featured saxophonist on American Idol. 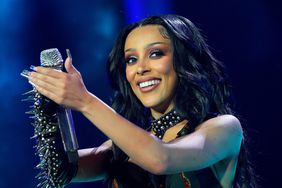 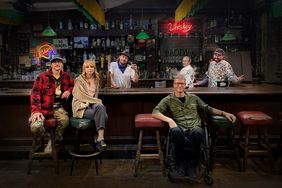 Portugal. The Man Makes Comeback with New Single 'What, Me Worry?': 'It Feels Good to Have Fun'