Three days after tying the knot, Cyrus shared a video to her Instagram Stories of her and new husband Hemsworth dancing to Mark Ronson‘s 2014 hit song “Uptown Funk.”

Cyrus has been close friends with the musician, who she tagged in the post, since she recently collaborated with him on “Nothing Breaks Like a Heart” and “Happy Xmas (War is Over)”.

In the adorable video, Hemsworth, 28, seems to be filming his new wife, 26, as she lip-syncs to the pop-funk song, featuring Bruno Mars, and joyfully dances around. He then turns the camera to join Cyrus in her dancing before the couple laughs together.

It is not clear when the video was recorded, but considering the pair is still rocking their wedding attire in the clip, it’s likely that the adorable moment came after the couple wrapped up their wedding celebrations.

Ronson congratulated the newlyweds on Instagram with a special video. “Special here comes the bride cyrus/hemsworth remix for 2019. congratulations u two xo,” the Grammy-nominated producer captioned the footage.

On Wednesday, Cyrus posted two sweet photos from the intimate ceremony on Instagram and Twitter, confirming her and Hemsworth’s nuptials.

In one picture, the newlyweds are all dressed up in their wedding best — a floor-length white Vivienne Westwood gown for her and black tuxedo for him — as they shared a smooch.

And in two other photos, the actor has his arms wrapped around Cyrus’ waist as they share a quiet moment together in front of what appears to be an altar adorned with roses and baby’s breath.

Cyrus captioned the photos of her embracing Hemsworth: “12.23.18” and “10 years later …..” On the photo of them kissing, the singer wrote: “This is probably our one – millionth kiss.”

Miley Cyrus Was ‘Ecstatic’ on Her ‘Perfect’ Wedding Day with Liam Hemsworth: Source

A source recently told PEOPLE the singer and the actor tied the knot in an intimate ceremony at the Franklin, Tennessee, home Cyrus absolutely adores — and their wedding day was absolutely “perfect.”

“They always wanted a small, private celebration with family and close friends and that’s what they got. Miley seems ecstatic,” the source says.

“She loves her Tennessee home and was very happy about having the ceremony there,” the source shared.

The couple originally planned to wed over the holidays at their ocean-side home in Malibu, but after their compound was burned down by the devastating California wildfires last month, the stars moved their wedding to Cyrus’ home state, where they’ve been living.

The wedding may have surprised many of the couple’s fans but the source reveals Cyrus had been thinking of saying “I do” for a while.

“In the past, any time Miley would talk about getting married to Liam, she would always have a huge smile. She has been wanting to get married to Liam for years,” the source said. “Everyone is very excited for them. Miley’s family always loved Liam.”

Miley’s sisters Noah and Brandi as well as Liam’s brothers Chris and Luke were also in attendance at the party.

The pair dated for years before he proposed in 2012, but the two ended their engagement and broke up a year later.

They reconnected in 2015, however, and the couple’s romance was back in full swing by summer 2016, including dinner with Hemsworth’s parents, date nights and spending holidays together.

Miley Cyrus Was 'Ecstatic' on Her 'Perfect' Wedding Day with Liam Hemsworth: Source 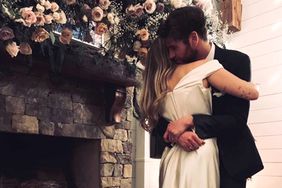 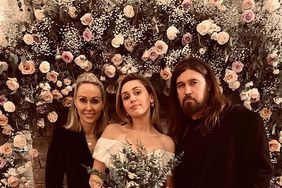 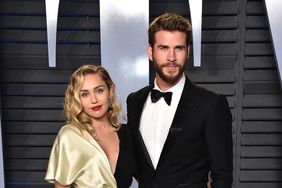 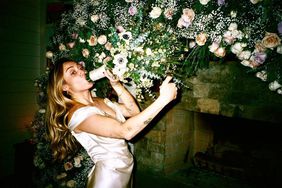 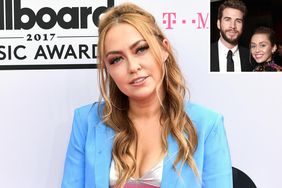 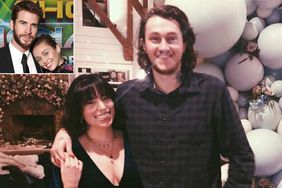 Newlyweds Miley Cyrus and Liam Hemsworth 'Aren't in a Rush' to Start a Family: Source 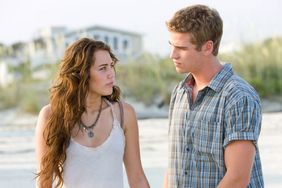 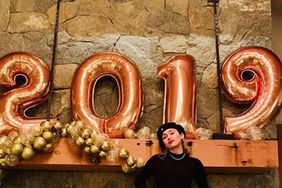 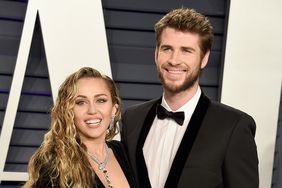