Michael Jackson‘s former nanny is speaking out in defense of the late singer following the release of Leaving Neverland.

In a statement released to ABC News, Grace Rwaramba, who cared for Jackson’s children, Prince Michael, 22, Paris, 20, and 17-year-old Prince Michael II (Blanket), explained she never witnessed or suspected the pop star of sexual abuse, calling the claims made in the HBO documentary “false.”

Rwaramba began working as Jackson’s assistant in 1992 then became a nanny to his children in 1997 after Prince was born.

“If Michael harmed Wade Robson and James Safechuck, they have my deepest sympathy and compassion,” Rwaramba said in a statement, in reference to Jackson’s alleged victims.

“I don’t claim to know what happened between Michael and his accusers. I wasn’t there,” Rwaramba said in the statement.

“However, because Michael is no longer here to defend himself, and because I have a unique view of him and the life he lived, I feel compelled to speak out against what I firmly believe to be false claims. The person that Wade and James describe is not the person I knew,” she said.

Rwaramba went on to describe Jackson as a man who was “trusting to the point of extreme naïveté; always assuming the best intentions in everyone,” adding, “While he was far from perfect, in my over 12 years of living with Michael, knowing him and his lifestyle intimately, I never saw or experienced anything that led me to suspect that he was capable of child sexual abuse.”

In Leaving Neverland, Robson and Safechuck described how Jackson used his infamous California compound to transfix the boys when he invited each of them there, keep them separate from their parents, and even warn him of anyone approaching a room in which, they say, he was sexually assaulting them.

Despite the alleged abuse, Rwaramba claimed that Robson insisted on having his wedding at Neverland amid Jackson’s 2005 criminal trial in which he was charged with molesting Gavin Arvizo, a 13-year-old boy. He was acquitted of all charges.

“Several months before Michael was acquitted on all charges on June 13, 2005, he came home from court and informed me that I should expect a call from Wade. When Wade called the ranch, security patched the call through to Paris’ room where Michael and I spent most of our time preparing for the next day,” she said.

“I put him on speaker phone,” Rwaramba continued. “He informed me that Michael had advised him to contact me about whether he and his fiancée Amanda could have their wedding at Neverland in the fall. I was utterly shocked by how insensitive the request was; Michael was sitting next to me.”

“‘You know Grace, Neverland is so special to my family and me,’ Wade continued,'” Rwaramba claimed in her statement.

“‘Michael has been like a father to me, and it would mean the world to us if Amanda and I could get married at Neverland.’ I told Wade, this is not a good time, reminding him that Michael was in the middle of the fight for his life,” she said.

“Why would someone who alleges to have been assaulted for over seven years want to have one of the most sacred events in his life on the same property where the attacks allegedly took place?” Rwaramba wrote in the statement.

“What I can’t understand is why Wade could continue to voluntarily and consistently return, and bring friends and loved ones, to a place that is the site of the alleged attacks well into his adult life?” Rwaramba said.

A representative for Robson and Safechuck did not immediately respond to PEOPLE’s request for comment in response to Rwaramba’s statement.

The two men’s attorney, Vince Finaldi, told ABC News: “Ms. Rwaramba admits in her statement that she does not know what happened between Michael and his accusers. As a longtime employee of MJJ productions she has vested interest in defending Jackson and his estate.”

Finaldi added, “It is sad that she had chosen to disparage a victim of child sexual assault and his family in order to do so. This is a continuation of the campaign of false information, character assassination, victim blaming and the shaming that the Jackson corporate lawyers heap on any child or adult who speaks the truth about Mr. Jackson’s sexual behavior with children. These attacks have kept many of Mr. Jackson’s victims silent. It will not stop Wade or James from speaking the truth.”

Finaldi did not immediately respond to PEOPLE’s request for comment.

Neverland Ranch, the 2,700 acre property where the pop star lived for 15 years is currently on the market, and the realtor’s description of the property, which has been renamed Sycamore Valley Ranch includes features like a fire department building, a swimming pool, basketball and tennis courts, game rooms, a zoo, and multiple guesthouses. Jackson’s famous private amusement park, which featured a Ferris wheel, carousel, roller coaster and an arcade, has been removed.

In Leaving Neverland, Safechuck, now 40, details how many of the kid-friendly features were allegedly used for sinister purposes.

He identifies numerous secret rooms and secluded places Jackson would allegedly take him to at the ranch: “He had an Indian fort with teepees, so we would lay down sleeping bags, have snacks and then have sexual relations there . . . There’s a third-floor attic. It was kind of secluded. You could only get to it from these steep stairs. You could tell if somebody was coming. So we would go in there and have sex.”

Jackson also allegedly used the layout of that space to serve his purposes. “The routine was we would get a blanket and lay it down on the floor inside of the closet next to his main bed, so we could close the doors and have several doors that people had to get through,” Safechuck claims.

Wade also recalls being taken with the ranch. “We were all tripping out on this place. It was just out of a storybook, out of a fairy tale,” he says.

Jackson purchased the home in 1987 for $19.5 million. It’s now co-owned by the singer’s estate and fund management company Colony Capital. It was listed for sale six years after his death for $100 million in 2015. The price has since been lowered by 70 percent (or about $70 million) to $31 million. The most recent reduction comes amid a legal battle with the HBO filmmakers.

RELATED: Wade Robson: What to Know About the Man Accusing Michael Jackson of Abuse in ‘Leaving Neverland’

“This is yet another lurid production in an outrageous and pathetic attempt to exploit and cash in on Michael Jackson,” the statement read. “Wade Robson and James Safechuck have both testified under oath that Michael never did anything inappropriate toward them. Safechuck and Robson, the latter a self-proclaimed ‘master of deception’, filed lawsuits against Michael’s Estate, asking for millions of dollars. Both lawsuits were dismissed. 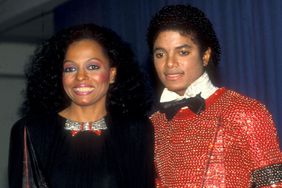 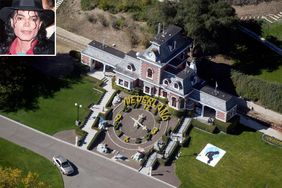