During her ITV concert special An Audience with Adele at the London Palladium in November 2021, Dame Emma Thompson asked the "Easy on Me" singer if there was anyone from her childhood who left a lasting impression on her growing up.

Adele revealed her English teacher at Chestnut Grove, Ms. McDonald, inspired her when she was younger.

Thompson, 60, then revealed the beloved teacher was sitting in the audience, which prompted a shocked Adele to burst into tears and welcome her to the stage.

"I'm so proud of you," McDonald said as the pair embraced.

"You really did change my life," Adele replied. "Now, I've got to get my whole face re-done," she joked while wiping away tears.

Do you know who she is?!

In her extensive Vogue and British Vogue interviews in October 2021, ahead of the release of her fourth studio album 30, Adele joked that after her 9-year-old son Angelo became enamored with Taylor Swift's stadium shows of 2018, she had to remind her son who Mom really is.

"His jaw dropped. I got really annoyed! I was like, 'Excuse me! This is what I do, you know?' " said Adele, adding, "He said, 'When we go on tour, should I have a seat next to me with Taylor Swift's name on it for Taylor to come?' "

The Grammy winner explained that "I'm not 'Adele' to him," acknowledging that he doesn't fully realize she's famous.

"There were a few older girls who chased him around [at school], asking if I was his mom. He was just like, 'I think her name's Adele, yeah. My mom. My mom.' I'm not Adele to him. He felt like he was being bullied because they were annoying him. I said, 'That's not bullying. Just say, "Yeah, she's my mom. She wiped my ass!' "

When She Addressed Her Breakup with a Meme

Nearly two weeks after the star split from her longtime partner Simon Konecki, the singer broke her silence on the matter with a hilarious meme, of course.

"When you catch yourself in your feelings then you remember who you are," she captioned two photos of herself — one where she's looking distressed and another from her Carpool Karaoke segment with James Corden in which she looks empowered as ever.

When She Fan-Girled Over Beyoncé's Netflix Film Homecoming

Adele is a prominent member of Beyoncé's beyhive and she has the texts to prove it. When news broke that the Lemonade singer was going to release her historic 2018 Coachella performance on Netflix in the form of a documentary called Homecoming, Adele posted her and her friend's reaction to the exciting news.

The two bantered back and forth asking existential questions like, "Why does she always know when I need her" and "would it be weird to talk about beyonce in therapy?"

When She Celebrated Meghan and Harry's Royal Wedding

On the same day Prince Harry and Meghan Markle tied the knot at Windsor Castle, Adele decided to dress up to send a proper congratulations message to the new married couple.

Decked out in a black-lace headpiece with sequins and holding a glass of what looks like champagne, Adele wrote a sweet Instagram post that said, "Congratulations Meghan and Harry. You're the most beautiful bride. I can't stop thinking of how happy Princess Diana is upstairs x."

When the legendary group announced their 2019 stadium tour, Adele dug through her archives to find a throwback photo that captured her level of excitement.

"HA! This is how I feel right now!" she captioned the photo of herself as a young child with Spice Girl posters plastered all over the wall behind her. "I AM READY ✌🏻" she added.

When She Performed In a Poncho

Nothing can keep Adele from giving her fans an unforgettable show - not even a torrential downpour in Auckland, New Zealand, brought about by Cyclone Debbie. The "Hello" crooner remedied the situation by slipping on a poncho over her evening gown.

When She Got Candid About Touring

Despite her infectious spirit and charisma, Adele isn't entirely comfortable going on tour, which she spoke about during one of her concerts in Auckland, New Zealand. "Touring isn't something I'm good at. Applause makes me feel a bit vulnerable. I don't know if I will ever tour again," Adele admitted in a candid moment during a show, the New Zealand Herald reports. "The only reason I've toured is you. I'm not sure if touring is my bag. My greatest accomplishment in my career is this tour."

The British songstress not only delivered a heart-wrenching speech about Beyoncé after her album 25 won over Lemonade, but she also proceeded to break her Grammy in half while onstage, reportedly to give half to Beyoncé. In the Grammys press room, the singer explained why she dedicated her award to Bey.

"I spoke to her just before, to let her know how honored and privileged I felt to be nominated alongside her, and we spoke afterward and she was very gracious as you would expect from her," Adele said. "She is my icon - for my whole life since I was 11 years old." She added: "I felt like it was her time to win. I felt this album showed another side of her that we haven't seen and I felt blessed to walk into that situation. I, of course, am very, very grateful, but I felt the need because I love her - I felt like she was more worthy."

When She Almost Fell Off Stage

While some stars might try and draw as little attention to an onstage mishap as humanly possible, Adele makes sure to let the entire audience know when she loses her balance. In Brisbane, the superstar had just finished singing "Hello" when her sparkly gown almost caused her to lose her balance. "I don't know if you saw, but after you did your marvelous sing-along to the 'Hello' chorus, I nearly tripped up those stairs," she confessed. "I've never worn a dress like this, I'm basically celebrating Beauty and the Beast coming out. I forgot to lift it up and tried to run up and nearly fell over." Still, she took the misstep in stride, joking: "I'm sure you heard my dodgy note afterwards, I f---ing s--- myself!"

When She Met Elmo

After Elmo reached out to Adele on social media, the Grammy winner agreed to meet with the iconic Sesame Street character in Australia - and the meeting did not disappoint, according to the singer's new fuzzy friend. "Elmo loves you with all of Elmo's heart," the puppet said. "Elmo wants to sing 'Rolling in the Deep' with you. Wherever you are, Elmo will fly there. Call Elmo, thank you."

When She Adorably Announced Her World Tour

Come for Adele's totally exciting world tour announcement, stay for the laugh she lets out after realizing she had just greeted viewers with the opening line of her hit song "Hello."

When She Turned Down the 2017 Super Bowl Halftime Show

During her world tour, the powerhouse addressed rumors that she would be performing at the annual event - which she revealed she declined to do, and she had her reasons. "First of all, I'd like to say that I'm not doing the Super Bowl," she told the audience at her Los Angeles show. "I mean, come on, that show is not about music. And I don't really put on… I don't dance or anything like that. They were very kind, they did ask me, but I did say no."

When She Channeled The Mask

One Halloween, Adele dressed up as Jim Carrey's character in the classic 1994 film The Mask ahead of her Dallas concert. She even got her getup down to the details with the cleft chin and the Ipkiss tie.

When She Flawlessly Rapped During 'Carpool Karaoke'

If there was ever a time to bow down to Adele, her appearance on Carpool Karaoke - when she showed off her spot-on rendition of Nicki Minaj's verse in "Monster" — certainly merits it.

When She Refused to Pretend Working Out Is Fun

Adele kept it real (and won us over once more) after posting a pic of herself looking downright miserable at the gym.

When She Unleashed Her Spice Girl Alter Ego

In the middle of a concert, Adele danced on stage while chanting, "Spice Girls!" As fans started to clap along, Adele said, "Oh, stop it, I'm not a Spice Girl." But deep down, everyone is a Spice Girl, which is why she sang a few lines of "Spice Up Your Life" to the audience's delight. (Actual Spice Girl Emma "Baby Spice" Bunton even shared the video on Twitter.)

When She Got Tipsy and Gave Fans Tickets

Two college students from Nashville claimed to have met Adele while she was tipsy at a London restaurant … which the singer confirmed on the Late Late Show. After the two friends told her they had tried to get tickets to her show and couldn't, Adele got their emails and promised them tickets to her Nashville show.

When She Fan-Girled Over Dolly Parton

Hello, Dolly! Adele posted a 'gram of herself all dressed up as her hero, Dolly Parton. "The effortless queen of song, Dolly Parton! We love you!" she captioned the hilarious (and oddly convincing) pic. "We wish we could possess an ounce of your ability."

When Her Stage Fright Caused Some Bowel Problems

Adele has been open about her struggles with stage fright in the past, but at her first 25 tour show, she revealed the fear had caused her to spend a little more time in the bathroom than usual. "They told me not to talk for three songs so my nerves could calm a little," she told fans. "I've been f-ing s-ing myself all day … Bad bowel movements. I've had to have an Imodium." You won't get onstage banter like that from anyone else, folks. 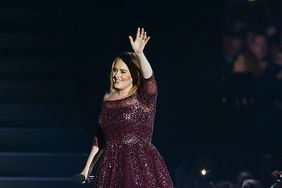 10 of Adele's Funniest, Realest and Most Shocking Onstage Confessions 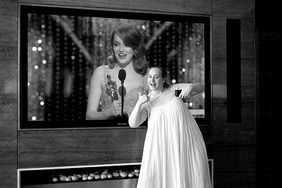 10 Reasons You and Adele Are (Basically) the Same Person 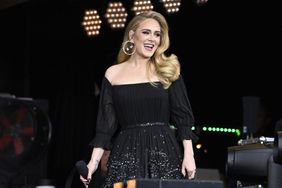 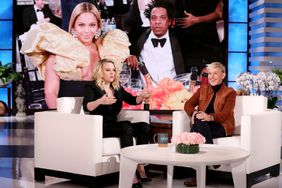