"They're gonna kill me for saying this," Melanie Brown said Friday of another potential Spice Girls reunion, which she's aiming for 2023

The Spice Girls are hitting the road once again, at least if Melanie "Mel B" Brown has anything to say about it.

The artist formerly known as Scary Spice, 46, teased that the iconic girl group's next reunion could come with another tour in 2023. "I'm always pushing to have a Spice Girls reunion," she said Friday on the BBC Channel 4 talk show Steph's Packed Lunch.

"And we were kind of in talks last year, but then COVID hit, so that kind of pushed everyone's plans, like AWOL," Brown continued. "But I think we're hopefully on the same page together — they're gonna kill me for saying this — but we're hoping, especially me, if it's got anything to do with me, which it will have, because I'm the driving force, and I'll make sure it happens, to tour in 2023."

She and the rest of the group (sans Victoria Beckham a.k.a. Posh Spice) last reunited for Spice World — 2019 Tour, which kicked off that May in Dublin. Brown was joined by Emma Bunton (Baby Spice), Melanie "Mel C" Chisholm (Sporty Spice) and Geri Halliwell (Ginger Spice) for the 13-date stadium tour across the U.K. and Ireland.

"We did our last tour and Victoria respectfully ducked out, and you have to respect when someone doesn't want to go on tour," Brown told host Steph McGovern.

Brown previously admitted that she was "upset" about Beckham, 47, not showing up for the reunion tour. "I expected her to come and just say hi at least. Not even on stage, just as an audience member supporting," she said on Good Morning Britain in June 2019.

"Do I look like I know [why she didn't]? I don't know. I'm sure she has her reasons for not," Brown added. "I've already said, 'Yeah, I'm upset.' I still am a little bit. But it is what it is and us girls, we all support each other no matter what. But yeah, it is disappointing."

Beckham was with the Spice Girls from its formation in 1994 until their hiatus in 2000. Although she reunited with the group for their Return of the Spice Girls Tour from 2007 to 2008, she's since opted to focus on her family and her eponymous fashion line.

RELATED VIDEO: Melanie C Began to 'Self-Police' After a Fight with Victoria Beckham Nearly Got Her Booted from Spice Girls

"It took me a lot of courage not to go on tour with the Spice Girls again, but to be the one who says, 'You know, I'm not doing it because things feel different now than they used to,'" Beckham said to Vogue Germany in July 2019. "I'd rather concentrate on my family and my company. I'm 45 now and very happy to be the woman I am… I'm not trying to change, I want to be the best version of myself. Before I turned 40, I wasn't that confident. I learned to listen to my gut feeling."

Chisholm, 47, has said that Beckham would potentially join the group for Glastonbury Festival, which was cancelled the past two years running due to the COVID-19 pandemic. "Between you and I, I know Mrs. Beckham would love to do Glastonbury," she said on Lorraine in July. "It's something it's been rumored a lot. It's never been really, seriously talked about."

The Spice Girls celebrated the 25th anniversary of their debut single "Wannabe" in July. 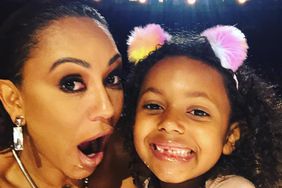 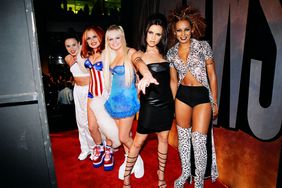 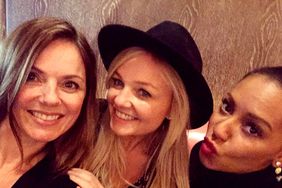