Most people who give their spouse a nickname typically choose something sweet and adorable — but Meghan Trainor had other ideas!

While appearing on an episode of A Little Late with Lilly Singh on Wednesday night, Trainor, 25, talked about her husband Daryl Sabara and how much the Spy Kids star, 27, means to her.

“I am his number one fan,” Trainor gushed to Singh, 31. “He’s the most supportive human being ever and the nicest guy in the world. Like, you won’t believe how nice he is.”

The singer then revealed that despite Sabara’s kindness, she and her brothers had given him the nickname of “Serial Killer.”

“If you date or marry me — which he did — you gotta kinda marry my brothers, as well, and we call him Serial Killer,” she explained. “I’ll be like, ‘Hey sugar’ or some weird stuff, but when we’re talking about him, it’s ‘Serial Killer’ because he looks crazy in a lot of pictures.”

Meghan Trainor and Daryl Sabara’s Wedding Album: See All the Photos from Their “Dreamy” Night

It wasn’t just Sabara’s physical appearance in photos that prompted Trainor and her brothers to call him the nickname.

“But also he does suspicious things that we’re like, ‘Are you a serial killer and we just haven’t figured it out yet?'” Trainer continued with a laugh. “He’ll go to the movies by himself — not just one movie, but four back-to-back. Like solo dolo, by himself.”

“And he never has sauce on anything, not even salad! Just dry!” the singer added. “I begged him, ‘Just try this sauce, is it the wrong sauce?’ and he’s like, ‘I like the grass taste’ and I was like, ‘You’re crazy!'”

“Meanwhile, I’m like four dips, each one,” she joked.

Trainor and Sabara, who first started dating in July 2016, tied the knot on Dec. 22 in an intimate backyard ceremony at home in Los Angeles. The couple then kicked off 2019 with a sun-soaked honeymoon at the luxury Brando resort in Bora Bora.

“Every day feels like our first date,” she gushed to PEOPLE about Sabara, who sings background vocals on her latest album Treat Myself. “He treats me like a queen. My life is like a fairy tale.”

Since then, the pair haven’t been shy to show their affection for one another on social media and discuss their future together, which Trainor revealed includes children.

Daryl Sabara Celebrates 3 Years with Wife Meghan Trainor: ‘Thank You for Loving Me’

Indeed, Sabara can’t wait to be a dad. “I feel like we’ve already been married since we’ve been together, but I guess it’s just that special bond,” he told PEOPLE in January. “We just want kids. I’m excited to be her husband so I can be a dad and we can have kids together.”

Trainor also joked to PEOPLE in May that she and Sabara were “gross” about how “obsessed with each other, from the beginning” they were in their relationship, even saying “I love you” as early as “day six.” But it works for them, as the affection is mutual.

“By month one, we were like, ‘We’re getting married and having two kids!’ We kind of locked it down. I’m kind of obsessive like that,” she said. “I guess [marriage] doesn’t feel different except for the fact that everyone on the outside knows how we feel on the inside.”

“That is how we say it, and it may sound a little weird and gross, but now you guys can understand how obsessed we are with each other,” Trainor quipped.

The couple recently celebrated their three-year anniversary in July with respective posts on their Instagrams.

“3 years of absolute magic,” Sabara captioned a photo of the couple in a romantic embrace. “You were the most incredible girlfriend. You were the most beautiful fiancée. You are the most loving and caring wife a husband could ever ask for.”

“Thank you for loving me for me and for making me so happy each and every day,” Sabara added. “I love you @meghan_trainor. Forever and always.”

In a slideshow of photos with her husband, Trainor added, “TODAY IS OUR 3 year anniversary from the day we met/started dating😭😍 thank you for being the greatest friend/husband/puppy daddy there is. We adore you and love you forever and always. Thanks for changing all of our lives forever ❤️🥰 I love you too much @darylsabara.” 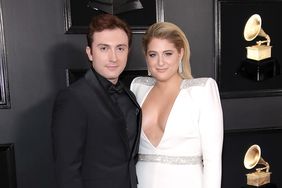 Daryl Sabara Celebrates 3 Years with Wife Meghan Trainor: 'Thank You for Loving Me' 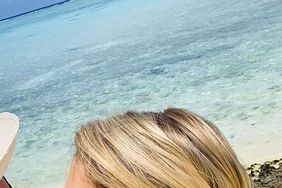 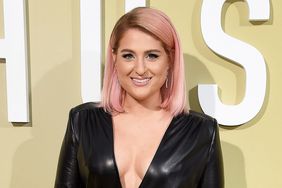