While kids are heading back to school, Meek Mill and the Dream Chasers are giving back

As kids head back to school, Meek Mill and the Dream Chasers are giving back.

The rapper, 31, will be donating more than 6,000 backpacks and school supplies to low-income students from pre-kindergarten to 12th grade in his hometown of Philadelphia. Mill collaborated with the School District of Philadelphia for the initiative.

“Growing up in Philly, I’ve watched families struggle to make ends meet and buy basic school supplies for their kids,” Mill said in a press release. “Those memories stay with me and that’s why I’m committed to giving back to families in my hometown, putting smiles on kids’ faces and helping them start the school year on the right note with the right supplies.”

Mill and the Dream Chasers have visited two of the 12 schools he’s working with to hand backpacks and supplies to students in person. One of them will be his alma mater, James G. Blaine Elementary School.

“We are excited that so many of our students will have brand new backpacks and school supplies for this school year, and are grateful to Meek Mill and the Dream Chasers for giving back to the community,” SDP Superintendent Dr. William R. Hite said in a press release. “This visit is something our students won’t soon forget and is a wonderful way to kick off the new school year.”

Meek Mill is known for his charity within the Philly community. Since 2013, he’s donated approximately 1,000 turkeys every year the night before Thanksgiving, an effort called “A DreamChaser’s Thanksgiving.”

Meek Mill on Criminal Justice Reform After Jail Release: ‘I’m the Sacrifice for a Better Cause’

And just three months ago, Mill spoke out in favor of criminal justice reform in a Dateline interview with NBC’s Lester Holt. The issue carries a special weight for him because of his own time in prison and on probation, which critics said was unjustifiably long.

“I was a public figure, I’m a rapper,” he told Holt about the impact of his case. “My brand is Dream Chasers. It’s about chasing your dreams no matter what you do in life. No matter what color your race is, where you come from.”

He added, “I think we’ve always been divided in America where it’s always black and white. I don’t really call it black and white. A lot of black people are in prison, a lot of Spanish men are in prison. A lot of these laws and policies are made to keep most of these minorities trapped forever … I had eight years of probation, it turned to 16 years of probation … Something is not working. I’m still doing time for that case.” 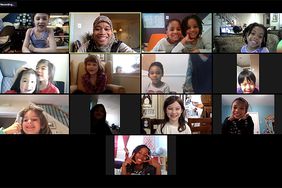 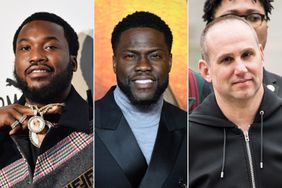