After Meek Mill was sentenced to two to four years in prison after violating the terms of his probation on a decade-old gun and drug charge by being arrested twice this year, a judge has denied his request for a bail hearing. In return, the rapper’s lawyers have filed additional documents to have the judge removed from the case.

Pennsylvania Common Pleas Court Judge Genece Brinkley made the decision on Friday and Mill’s attorneys filed their motion on Monday, according to court documents obtained by PEOPLE.

The 30-year-old rapper “is and continues to be a danger to the community in Philadelphia, New York, Missouri, and other locations throughout the United States, he continues to be a danger to himself based upon a history of continuous use of illegal drugs, and is an increased and greater flight risk because he already has been sentenced to a term in state prison and gave false information to authorities when he was arrested in St. Louis, Missouri,” Brinkley said in the denial.

The false information Brinkley mentioned in the denial refers to the address Mill provided during the arrest; PEOPLE has since viewed a copy of the rapper’s license which lists a factual address.

One of Mill’s lawyers, Joe Tacopina, responded in a statement to PEOPLE, “We are very disappointed with Judge Brinkley’s decision to deny Mr. Williams bail, which continues her long pattern of unfair treatment of him. As stated on multiple occasions, he has never missed a previous court date in this case and poses absolutely no threat to the community, which makes him an ideal candidate for bail — a conclusion the Commonwealth did not oppose. We intend to immediately appeal this decision, so Mr. Williams can be released from prison on bail while we continue to work to overturn this wrongful and unjust sentence.”

Soon after, his attorneys officially submitted a supplemental recusal motion for Judge Brinkley to remove herself from the case, adding additional information to their original motion filed Nov. 14. Mill’s attorneys allege there was “an FBI investigation into Judge Brinkley’s conduct in connection with Mr. Williams’ case” in documents obtained by PEOPLE, and that the judge has been aware of their knowledge of said investigation since Williams’ Nov. 6. violation of probation hearing. Mill’s lawyers are calling into question her “ability to preside impartially” and are asking that she be recused from the case.

Last week, Mill’s lawyers filed a motion to get him out of prison on bail, but the request was denied, per Philadelphia’s KYW radio station.

According to the AP, the rapper’s legal team asked that Brinkley step down from the case, alleging she has made the case “inappropriately personal” because she had yet to rule on his post-sentence motions, therefore blocking Mill from appealing.

Earlier this month, the musician — born Robert Rihmeek Williams — was sentenced to two to four years in prison after violating the terms of his probation on a decade-old gun and drug charge by being arrested twice this year.

“I met with Meek this morning and he asked me to thank his family, friends and fans for their love and support,” Mill’s lawyer McMonagle told PEOPLE exclusively following the Nov. 6 sentencing. “We fully intend to right this terrible wrong and bring him home.”

Since the rapper — who once dated Nicki Minaj — was incarcerated, a number of celebrities and activists have come to his defense, calling his sentence extreme.

“What’s happening to Meek Mill is just one example of how our criminal justice system entraps and harasses hundreds of thousands of black people every day,” JAY-Z wrote in an impassioned Nov. 17 New York Times op-ed. “Instead of a second chance, probation ends up being a land mine, with a random misstep bringing consequences greater than the crime. A person on probation can end up in jail over a technical violation like missing a curfew.” 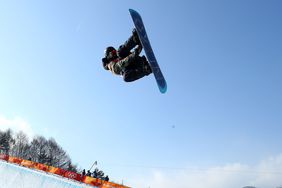 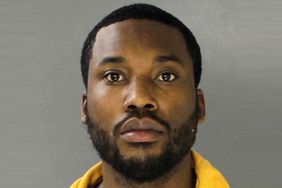 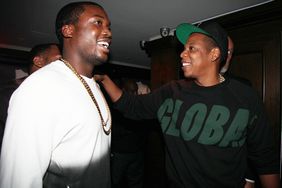 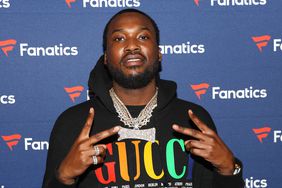 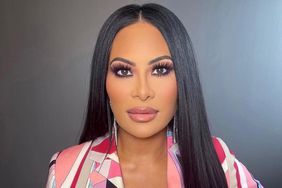