As Mary J. Blige‘s marriage to Kendu Isaacs collapsed, she was also tackling the role of a lifetime.

The singer was tapped to play Florence Jackson in Dee Rees’ film adaption of the novel Mudbound, which was immediately met with Oscar buzz when it premiered at Sundance Film Festival in January.

However, her personal life was falling apart during filming.

“I used a lot of my own heaviness from my own misery that I was living in that horrible marriage,” Blige told Variety. “I was just dying in it. I knew something was wrong. I just couldn’t prove it. I just had all the heaviness of not feeling right, not feeling good. I gave it to Florence.”

In July 2016, Blige cited irreconcilable differences as grounds for divorce and has asked to terminate the court’s ability to award spousal support to Isaacs.

According to court documents obtained by PEOPLE in May, Blige claimed Isaacs spent more than $420,000 during their marriage on “travel charges” that involved a woman he was having an affair with, not her.

Blige also claimed that Isaacs drives a Mercedes that she pre-paid the lease on and that he refused to turn over possession of her “Grammy and other achievement awards.”

The singer said she has long been the only bread-winner in the family and she is burdened with all of the debts, which she claimed total more than $10,000,000.

In June she was ordered to pay her estranged husband $30,000 per month in temporary spousal support.

RELATED VIDEO: Mary J Blige Says “I Suffer Just Like Everybody Else”

While the couple have no children together, Blige has been a stepmother to Isaacs’ three kids – Briana, Jordan and Nas – from a former relationship since they wed in 2003.

“I’m doing OK,” the signer told the magazine. “I’m living. I’m not happy about a lot of things. I thought someone loved me, right? Turns out, he was a con artist and he didn’t, and now he’s coming after me for all my money. When you come out of something like that, you realize you were never the one. There was someone else that was his queen. I got played. I got suckered. I have to keep smiling and keep my spirits up because this is designed to kill me.”

Blige, 46, said the most difficult part of acting came in the scenes where she was intimate with her on-screen husband, actor Rob Morgan.

“I was married. I never touched another man other than my husband,” she said. “I was petrified. ‘Oh God. I don’t want to do it.’”

After a chat with Rees, Blige decided to fully give herself over.

“You know what, Mary?” she told herself. “This is the job. This is acting. You’ve got to commit.”

Blige also stripped down to the made-under version of herself needed to play the role.

“I had to surrender and commit completely to Florence, like the little ugly boots she was wearing every day and those dresses,” she said. “We couldn’t wear makeup. We couldn’t have nails. We couldn’t do eyelashes. I was stripped down to the bare necessities of Mary. And that really helped me because people were saying things like, ‘Gosh — you’re so beautiful.’ It helped my self-esteem.” 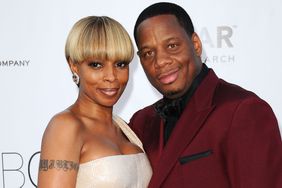 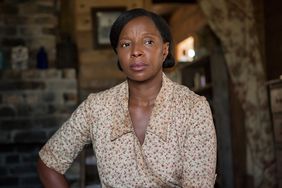 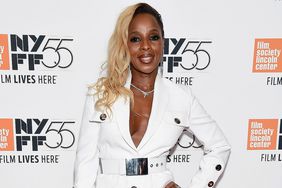 Mary J. Blige on the 'Overwhelming Disrespect' That Led to Her and Kendu Isaacs' Divorce 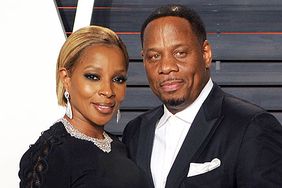