"I have some things that I need to deal with and address right now," the Maroon 5 bassist — who was arrested last month on a felony charge following an alleged incident of domestic violence — tells PEOPLE in a statement

Two weeks after Michael "Mickey" Madden was arrested after an alleged incident of domestic violence, the longtime Maroon 5 bassist confirms he is stepping away from the band.

"I have some things that I need to deal with and address right now and so I have decided to take a leave of absence from Maroon 5 for the foreseeable future," Madden tells PEOPLE in a statement. "During this time, I do not want to be a distraction to my bandmates. I wish them the absolute best."

On Monday, Maroon 5 announced rescheduled tour dates for their previously postponed 2020 shows. Originally scheduled to kick off in May, the band pushed the tour — now set to launch on July 15, 2021 — due to the coronavirus pandemic.

Late last month, Madden, 41, was arrested on a felony charge in Los Angeles, according to jail records. He was released on the same day after posting his $50,000 bond.

Details of the alleged domestic violence incident are currently unclear, but a spokesperson for the LAPD told the Daily News that he was specifically charged with intimate partner violence.

"We are deeply devastated by this disappointing news," a rep for Maroon 5 tells PEOPLE in a statement. "As we learn more, we are looking at this very seriously. For now, we are allowing all of the individuals involved the space to work things through."

Madden was arrested back in 2016 on drug charges after he allegedly slipped James "Bingo" Gubelmann — Ivanka Trump's ex-boyfriend — a vial of cocaine outside a Manhattan bar in January of that year.

He was arrested and charged with criminal possession of a controlled substance, and later agreed to one day of community service in a plea deal, PEOPLE reported at the time. His case was set to be dismissed once he completed the conditions of the deal.

Madden, originally from Austin, Texas, is the only other member besides frontman Adam Levine to have consistently been part of both Kara’s Flowers — their old garage band — and Maroon 5. 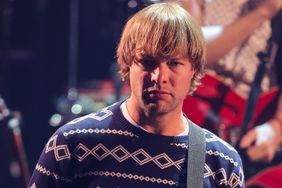 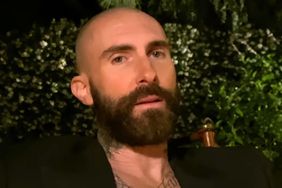 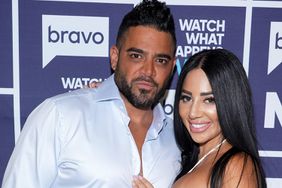