Blink-182 frontman Mark Hoppus is staying positive amid his ongoing battle with cancer.

The 49-year-old musician, who was diagnosed with stage 4 diffuse large B-cell lymphoma earlier this year, revealed on Wednesday that he has finished another round of chemotherapy and will later undergo a scan to get an update on his condition.

"Today I'm grateful to not be going in for chemotherapy. It's been three weeks since my last treatment," Hoppus wrote on Twitter. "Normally I'd be going in today. 'Normally.' Damn. Getting pumped full of poison every three weeks is my normal."

Large B-cell lymphoma (DLBCL) is a type of cancer that occurs in white blood cells and can form tumors throughout the body, according to the Mayo Clinic. It is one of the most common subtypes of non-Hodgkin's lymphoma.

Hoppus first went public with his cancer diagnosis in late June. He opened up more about the disease during a Twitch livestream the following month, telling fans, "My blood's trying to kill me."

According to Hoppus, the disease is "the exact form of cancer" his own mother had. "And she beat it, so I've been able to talk to her and bond with her quite a bit," he noted.

In July, the "What's My Age Again?" singer shared with his followers that he had received a test result showing progress in his chemotherapy treatment.

"Scans indicate that the chemo is working! I still have months of treatments ahead, but it's the best possible news," he tweeted at the time, adding, "Just gonna keep fighting..."

Hoppus started his fifth round of chemotherapy in early August and posted a photo of himself sitting down at a medical clinic with an IV in his arm.

"Chemo round five," he captioned the shot. "Let's heckin go." 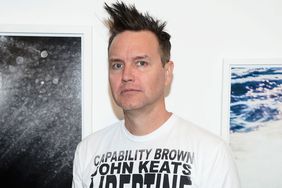 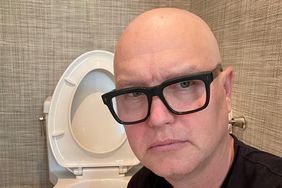 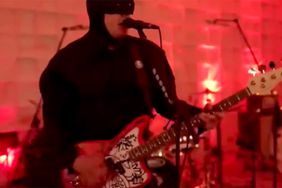 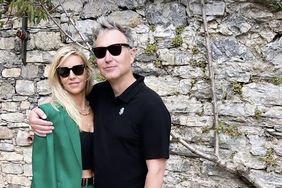