Mariah Carey knows that good lighting makes all the difference.

On Friday, the 49-year-old pop star posted a photo of herself squatting — in a dress, heels and plenty of jewelry — next to a small popcorn stand to ensure she was basking in the most flattering light possible while making what appears to be a FaceTime call.

Her over-the-top commitment garnered praise from fans and followers on social media.

“You ARE the light ,” one Twitter user said. While another wrote, “Queen of finding perfect selfie lighting. Bad lighting? We don’t know her.”

Before treating fans to photo-taking tricks, the legendary diva gave a surprise performance during the Chopard party at the Cannes Film Festival in May, wearing a long sparkly black dress paired with a diamond headband and bangle.

And, true to form, Carey’s glam team came out on stage for a quick touch-up, powdering her nose, fixing her hair and shining the Chopard diamond bangle on her wrist, at one point during the performance.

“Of course, @mariahcarey got a touch-up in the middle of her 30-minute set,” Variety journalist Marc Malkin wrote on Instagram at the time, alongside footage of the moment.

Carey recently wrapped up her Caution World Tour (which kicked off in February) in Amsterdam. She celebrated the moment with the help of Pamela Anderson, Naomi Campbell and Kate Moss, and later shared a glimpse of the fun on Instagram.

The tour came in support of her fifteenth studio album of the same name, which she released in November.

“This is me at this moment in my life being able to express myself as a writer and a singer. I’m just really in a good place,” she told PEOPLE of the album in August.

“My fans just want to hear me express myself and speak from the heart and sing from the heart. Some of the record is lighthearted and fun, and some [songs] I really went deep in terms of the lyrical content. There’s a nice cross-section of things.” 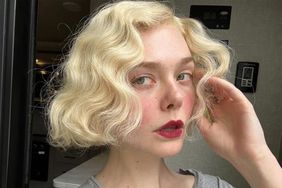 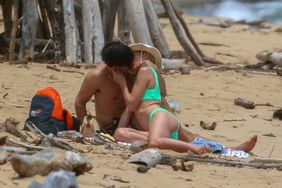 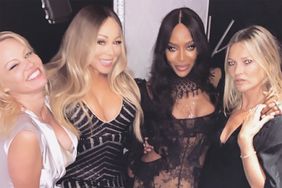 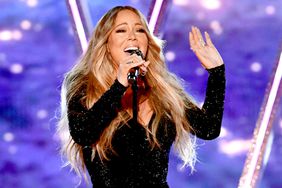