Mariah Carey's brother is suing the star for defamation following the release of her memoir, multiple outlets report.

According to USA Today, in court documents filed Wednesday, her brother Morgan, 60, cited a passage from The Meaning of Mariah Carey pertaining to an alleged altercation between him and their father. The singer, 51, wrote in the memoir that a dozen police officers had to split the physical fight at the time.

"Her attempt to falsely characterize plaintiff as equally violent as their father, and her subsequent commentary on police relations with Black people was only the beginning of defendant Mariah Carey's desperate attempt to vilify plaintiff, play the victim card and curry favor with the Black Lives Matter movement," reads the complaint, per the outlet.

According to Reuters, Morgan also took issue with Carey's allegation that he tried to extort her for money after she became famous. Additionally, the New York Post's Page Six reported that Morgan claims to have lost a professional project deal because of the way Carey characterized him in her memoir.

A rep for Carey did not immediately respond to PEOPLE's request for comment.

Her brother's lawsuit comes one month after Carey was sued by her estranged sister Alison, who alleged the singer intentionally inflicted "emotional distress" on her with the inclusion of several stories in the tell-all memoir.

Describing Carey as "heartless, vicious [and] vindictive," Alison claimed in her court filing that she's fallen back into "alcohol abuse" and has become "uncharacteristically tearful" following the book's September release.

Citing a chapter in Carey's book, where the singer describes an incident when Alison gave her Valium, tried to "pimp her out and threw a cup of boiling hot tea on her," Alison's summons stated that Carey "presented no evidence to substantiate" the story, which Carey's sister disputed.

The court paperwork also stated that Alison had been diagnosed with PTSD, anxiety and depression and has had to seek therapy to cope with "the horrific abuse" she faced in her youth, referring to "terrifying middle-of-the-night satanic worship meetings" she says their mother forced her to attend. The document also cited some of her other health conditions.

Alison wrote that Carey used her "status as a public figure to attack her penniless sister," by generating "sensational" headlines about Alison to promote her book. 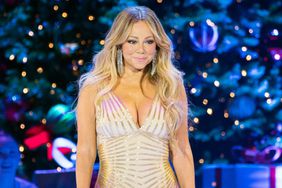 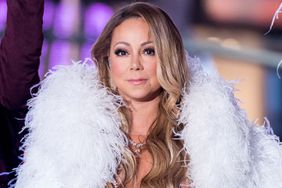 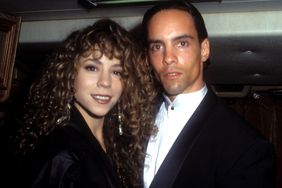 Mariah Carey's Brother Slams Her Claim That She Meant to Provide 'Inspiration' in Memoir, Not Defame Him