"It's normal in Latin culture," the singer's rep tells PEOPLE

Singer Maluma was met with criticism over the weekend after sharing a photo of himself kissing his mom on the lips in celebration of Mother’s Day.

In the shot, Maluma, who is from Colombia, and his mother Marlli Arias can be seen sharing a smooch as the singer cups Arias’ face in his hands.

Fans of the “Bella” crooner were quick to question if the display of affection was “normal,” writing “This is weird.”

Another user spoke out about the kiss on Twitter, writing, “Idk about that kiss w/ Maluma & his mom s— was way too passionate.”

A rep for the singer has since spoken out explaining that the kiss is a “cultural thing.”

“The beautiful thing is that he has been accepted in the American music market with open arms, and I think, now, where we are in this world with music, it’s really global. Now people are going to be able to see different sides of our culture in different ways,” the rep tells PEOPLE.

“It’s normal in Latin culture especially if you’re the only son or the baby of the house,” the rep continued.

“It’s affection and a form of respect. He’s open about who he is and his cultural values, this is just part of it.”

Other fans agreed with the singer’s rep and slammed those questioning the bond between mother and son.

“why y’all mad y’all acting like y’all never ever kissed y’all mom on the lips before estupido much,” one fan wrote.

Maluma has not further addressed the incident, but is instead promoting his upcoming album 11:11.

On Monday, Maluma shared a promotional trailer for the project, which shows himself walking around what appears to be a pink planet, as his music plays in the background.

In addition to his latest music, YouTube is gearing up to drop a documentary tracing his rise to fame.

MALUMA: Lo Que Era, Lo Que Soy, Lo Que Seré will see Maluma looking back on his journey — from growing up in Medellín, Colombia to his career in soccer to his global chart-topping success.

“I sacrificed everything, my friends, my family.” Maluma says in the trailer. “[It’s] the price I had to pay to become what I am today.”

He started singing in 2010 at 16 and got his first hit single shortly after, leading to a record contract. Since then, he’s had a steady string of hits including “Medellín” with Madonna and “Chantaje” with fellow Colombian singer Shakira in 2016. The duo hit it off and also recorded “Clandestino,” which lit up the charts last summer. Maluma also had a hit in 2017 with Ricky Martin titled “Vente Pa’ Ca.”

It’s also expected to show how Maluma got his stage name. Born Juan Luis Londoño Arias, he built it from a sweet place — the first syllable of his immediate family’s names. Mom Marlli, dad Luis and older sister Manuela make up Maluma, the name he has risen to fame with. 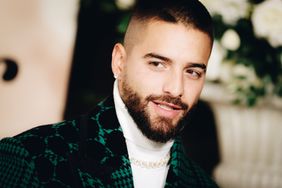 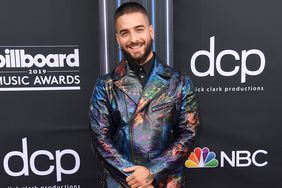 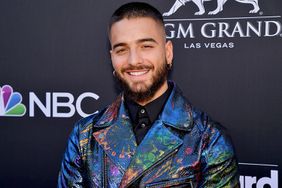