"This is a violation of human rights! Britney, we coming to get you out of jail!" Madonna wrote on her Instagram Story Thursday

Madonna is supporting her friend and collaborator Britney Spears.

On Thursday, the "Papa Don't Preach" singer — who worked with Britney on the 2003 track "Me Against the Music" — spoke out in defense of Britney on her Instagram Story Thursday, amid the ongoing court developments concerning Britney's conservatorship.

"Give this woman her life back," Madonna, 62, wrote over a photo of herself wearing a Britney t-shirt. "Slavery was abolished long ago! Death to the greedy patriarchy that has been doing this to women for centuries."

She continued, "This is a violation of human rights! Britney, we coming to get you out of jail!"

Other celebrities have also supported the "Toxic" singer in the wake of her explosive conservatorship hearing in Los Angeles court on June 23, including Iggy Azalea, Christina Aguilera, and her ex Justin Timberlake.

During the June hearing, Britney, 39, lashed out at her management team and those involved in her conservatorship, including her father.

"My dad and anyone involved in this conservatorship, and my management who played a huge role in punishing me … they should be in jail," Britney said during her speech.

She also made it clear she wanted to have a say in what happens with her conservatorship and how she lives her life.

"I want changes, I deserve changes. I was told I have to be sat down and evaluated again," she said in court, going on to address Judge Penny directly. "Ma'am, I didn't know I could petition the conservatorship to end. I honestly didn't know that."

After Britney's speech in court, Jamie's attorney Vivian Lee Thoreen addressed the court to share a statement from her client, saying, "[Jamie] is sorry to see his daughter in so much pain. [He] loves his daughter and misses her very much."

Britney's longtime court-appointed lawyer, Sam Ingham, and her manager of 25 years, Larry Rudolph, both resigned in the last week.

On Wednesday, Britney's mother Lynne Spears filed a petition asking the court to allow Britney to hire her own attorney. Soon after, Britney's conservator Jodi Montgomery filed a petition for a guardian ad litem to assist Britney in finding her own lawyer without needing her to undergo a medical evaluation.

"It is self-evident that before the Court addresses, for example, the termination of the conservatorship, Conservatee must be allowed to consult with counsel of her choosing," Lynne's filing read.

According to Montgomery's filing for a guardian ad litem, the conservator wants to "honor" Britney's wishes and is now petitioning the court to appoint a third party "for the limited purpose of assisting her in the selection of private counsel to represent her in these pending conservatorship proceedings."

The court filing from Montgomery included screenshots where Britney — listed as Jane Doe — texts her, saying, "I need u to stay as my co conservator of person. I'm asking u for ur assistance in getting a new attorney." (Montgomery stated on Tuesday she would not resign since Britney had asked her to remain.) 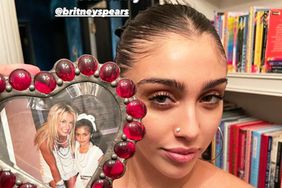 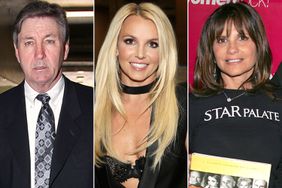