“I am beyond heartbroken over Malcolm’s death. He was a good friend and was wonderful to my sister,” Frankie posted on Instagram of Miller, who dated Ariana, 25, for two years before they split earlier this year.

Like Miller, Frankie has struggled with substance abuse — and says the rapper encouraged him to get sober.

“He was the reason I went to the rehabilitation center where I was detoxed safely from all of the drugs alcohol and medications I was taking, when I couldn’t imagine living without them. It was the place where I found the community of support that showed me that living life without drugs was a possibility and I would never have discovered that if it weren’t for Malcolm,” Frankie wrote.

In June, Frankie exclusively revealed to PEOPLE that he had celebrated one year of sobriety. And he says Miller helped him along the way.

“I remember when I would get 30, 60, 90 days clean and Malcolm would be there with a gift and a card and words of encouragement… telling me that he knew how hard getting sober is and how impressed he was that I was succeeding,” Frankie’s Instagram post continued. “Addiction is a TERRIBLE disease… many people are suffering from addiction like I am and many many of them are losing. Those of us who are struggling with addiction must stay strong. We must continue to work HARD on ourselves every single day and help each other.”

“Our disease is strong but WE ARE STRONGER and I vow to work every moment of my life to keep myself sober so that i may be there for others. This is a difficult road but YOU DO NOT HAVE TO TRUDGE IT ALONE. To anyone who needs help, help is there. you just need to have the courage to ask, which I know can be EXTREMELY difficult… but when you do I GUARANTEE support will be there. do not be ashamed if you are losing the battle against addiction, shame feeds the disease, humility defeats it. please ask for help! you are NOT ALONE! I am here… and I will continue to be here… for you…” Frankie added.

Miller was pronounced dead at 11:51 a.m. at his Studio City, California, home, the Los Angeles County Department of Medical Examiner-Coroner confirmed in a statement to PEOPLE. A cause of death is yet to be determined, but a source tells PEOPLE the rapper had gone into cardiac arrest after appearing to suffer a drug overdose.

On Tuesday, an insider told PEOPLE Grande is “distraught” following her ex-boyfriend’s death.

“She completely broke down after she found out about Mac,” the insider said at the time. “She can’t believe he isn’t here anymore. He was such a special person to her. She is very, very sad. … This is a nightmare for her.”

One day after Miller’s death, the “No Tears Left to Cry” singer honored him on her Instagram account, posting a black-and-white photo of the rapper without a caption.

Grande and Miller — who collaborated on tracks “The Way” and “My Favorite Part”— took their romance public in September 2016; they split in late April after two years together.

She is expected to attend his funeral, scheduled for later this week in Pittsburgh. 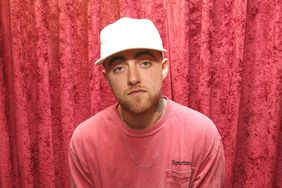 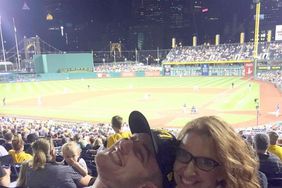