"I want this song to encourage people to let the truth speak for itself and not allow someone else's stories to make them question their own character," LIVVIA tells PEOPLE

LIVVIA is back with a bang.

On Friday, the singer, 26, released the spooky music video for her track "Monster" — PEOPLE has the exclusive premiere.

"The song is about someone whose character has been defamed, but the true villain was the wrongful accuser all along," she tells PEOPLE. "I'm sure many of us have encountered people who try to deflect blame from themselves and fabricate stories about others instead."

She adds: "I want this song to encourage people to let the truth speak for itself and not allow someone else's stories to make them question their own character. Trust your instincts and if others are determined to fall for the facade, trust that all will be revealed in the end."

In the tune, LIVVIA begins: "You can call me anything but crazy / You can call me that, ain't gonna faze me / You’re the one that sounds insane / Something's twisted in your brain."

LIVVIA on Opening Up the Jonas Brothers and Attending 4 of Their Weddings: 'They Really All Found Their Perfect People'

"Who the monster now? / Why you knock me down? / Gave you everything you wanted / But your heart is too damn haunted," she sings on.

"'Who's the monster now?' immediately made me think of a murder mystery," LIVVIA tells PEOPLE of the video's haunted house theme. "The first visual that came to me was of seven characters, [with] each one revealed on each of the seven beats of that line in the chorus."

"I thought about Scooby Doo [and] Clue, then the board game concept hit me," recalls the singer. "I love that it blends real and surreal and how the two come together in the end of the 'movie.' I get way too freaked out by horror movies, so I wanted to make sure it wasn't too scary for people like me who like things that are a little spooky but not terrifying."

"I‘m always involved in behind the scenes aspects of my videos — from the concept to locations, wardrobe, set design, editing and beyond," says the pop songster. "I love the entire creative process. I've always wanted to direct my own videos. Writing, directing and producing this myself felt long overdue."

"Some of the most fun I had on set was during the scenes that I wasn't in myself so I could be fully present behind the camera," she recounts. "I worked with our incredible DP (director of photography) Anthony Kimata once before and I knew then that when I directed my own video, he would be my first call. Everyone involved was so excited and enthusiastic about the concept. That passion definitely shows in the final product."

For LIVVIA, fashion played an important role in bringing her vision to life.

"One of my main visual references for this project was Wes Anderson, so color was very important to me in the creation of our sets and costumes," she tells PEOPLE. "Our amazing location was full of stained glass windows so we based our color palette on those bright jewel tones. My stylist and one of my closest friends, Monty Jackson, was our amazing costume designer. I'm wearing a Versace set that looks perfect with the stained glass."

"We curated the clothes and the set design so the colors in a given shot would work together to create that stylized, deliberate Wes Anderson feel," she continues. "I love what Emily Tosta and Lukas Gage are wearing. They look like 'Daphne meets Velma' and 'Fred meets Shaggy.'" 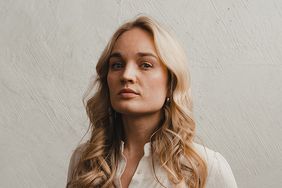 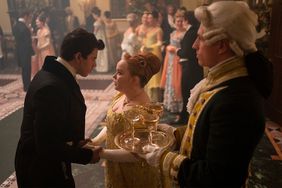 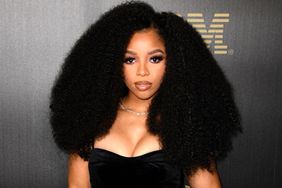 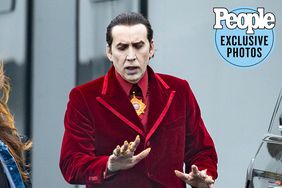